This photograph shows workers in the Loftus mine in Skinningrove. Mining was damp, dirty and dangerous work. A team of two workers extracted the ironstone from the mine by drilling a hole using a ratchet drill, packing it with gunpowder, and then lighting a ‘squib’ (fuse) causing the rock to explode, freeing the ironstone in large chunks. These would be broken into smaller pieces with a hammer and loaded into tubs. The tubs were pulled back to the mineshaft by horses (later steam engines) and hauled to the surface to be transported to the ironworks. 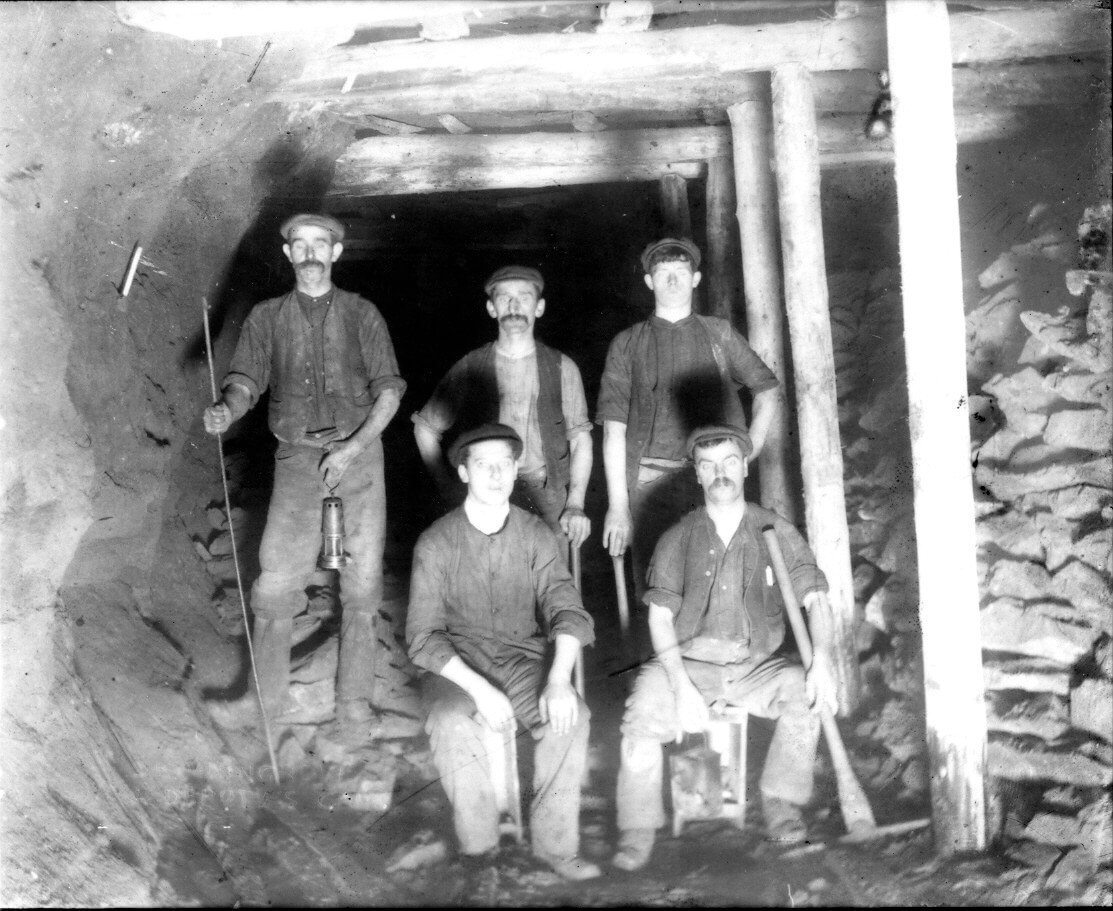