In the early 1900s, motorbikes with sidecars became very popular. They were cheaper than cars, faster than bikes and more useful than a motorbike on its own. Early models were usually completely open – not much more than a chair attached to a motorbike, but by 1913 the sidecar had been remodelled to include a more enclosed space, door and flexible attachment, making it (a little) safer and more comfortable. 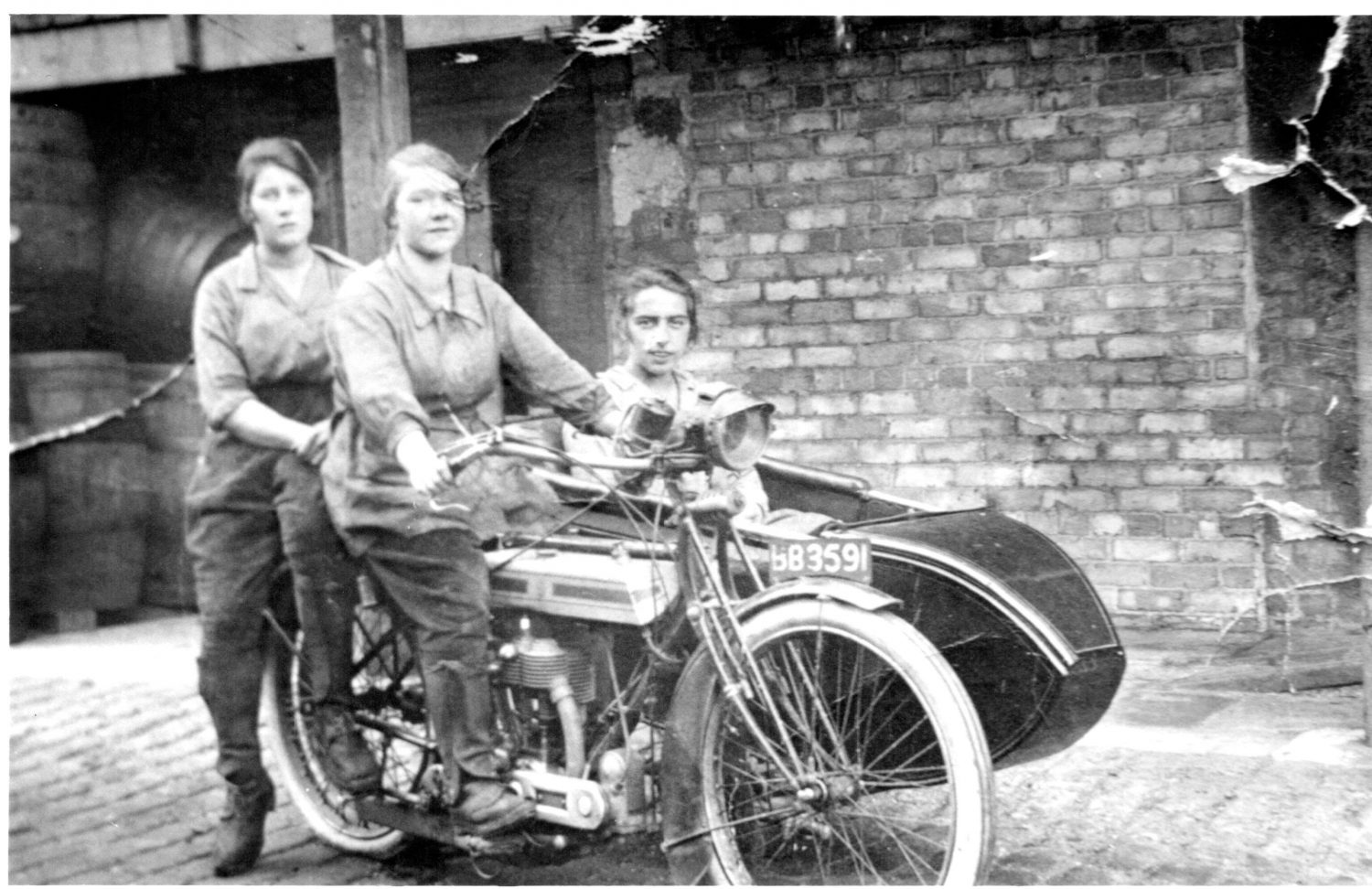 During the First World War, they were widely used by the British Army at the Front. The heavy ‘Vickers’ machine guns, which took as many as eight man to carry, were fitted to motorbike sidecars making them easier to move, as well as providing space to carry ammunition.

This image shows women riding a motorbike and sidecar in Hartlepool around this time. It’s not known exactly where this photograph was taken, but the barrels in the background indicate it was probably at Camerons Brewery. It’s likely the women in the picture were working there – as in many industries during wartime – in place of the men who would have been needed to serve in the armed forces.