With thousands of men enlisted to fight in the First World War, new opportunities arose for women to work, often in jobs previously considered ‘too strenuous’ for them. Factories across the country were adapted to produce shells and other munitions for the British armed forces, and women were needed to work in them. By the end of the war in 1918, 900,000 women had been employed in the munitions factories. These women became known as ‘munitionettes’. 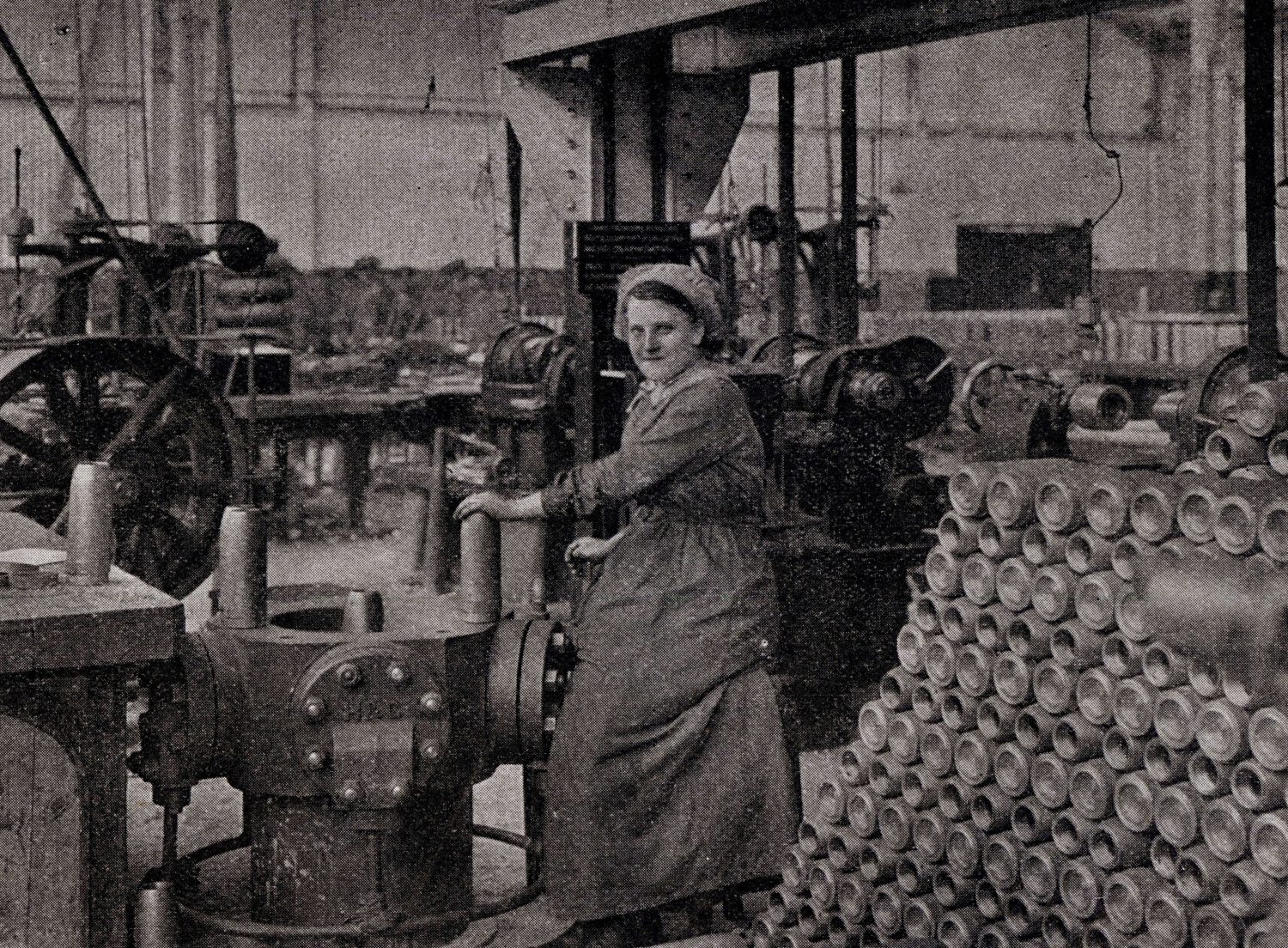 This photograph shows one of the munitionettes working at the Darlington National Projectile Factory which became known locally as the ‘Shell Shop’. Here over 1000 women made more than 1.5 million shells and repaired more than two million cartridge cases.