Known as the ‘father of Middlesbrough’, Joseph Pease, along with his business partners, bought a plot of land in Middlesbrough in the mid 1800s. They developed a port to ship Pease’s coal (and later, iron and steel), and extended the Stockton & Darlington Railway to transport it there. These developments along with the discovery of ironstone in the area, and its close proximity to the River Tees, led Middlesbrough to grow more rapidly than any other town in Britain before or since. Middlesbrough expanded from 7,600 inhabitants in 1851 to almost 40,000 in 1871 and over 90,000 in 1901. 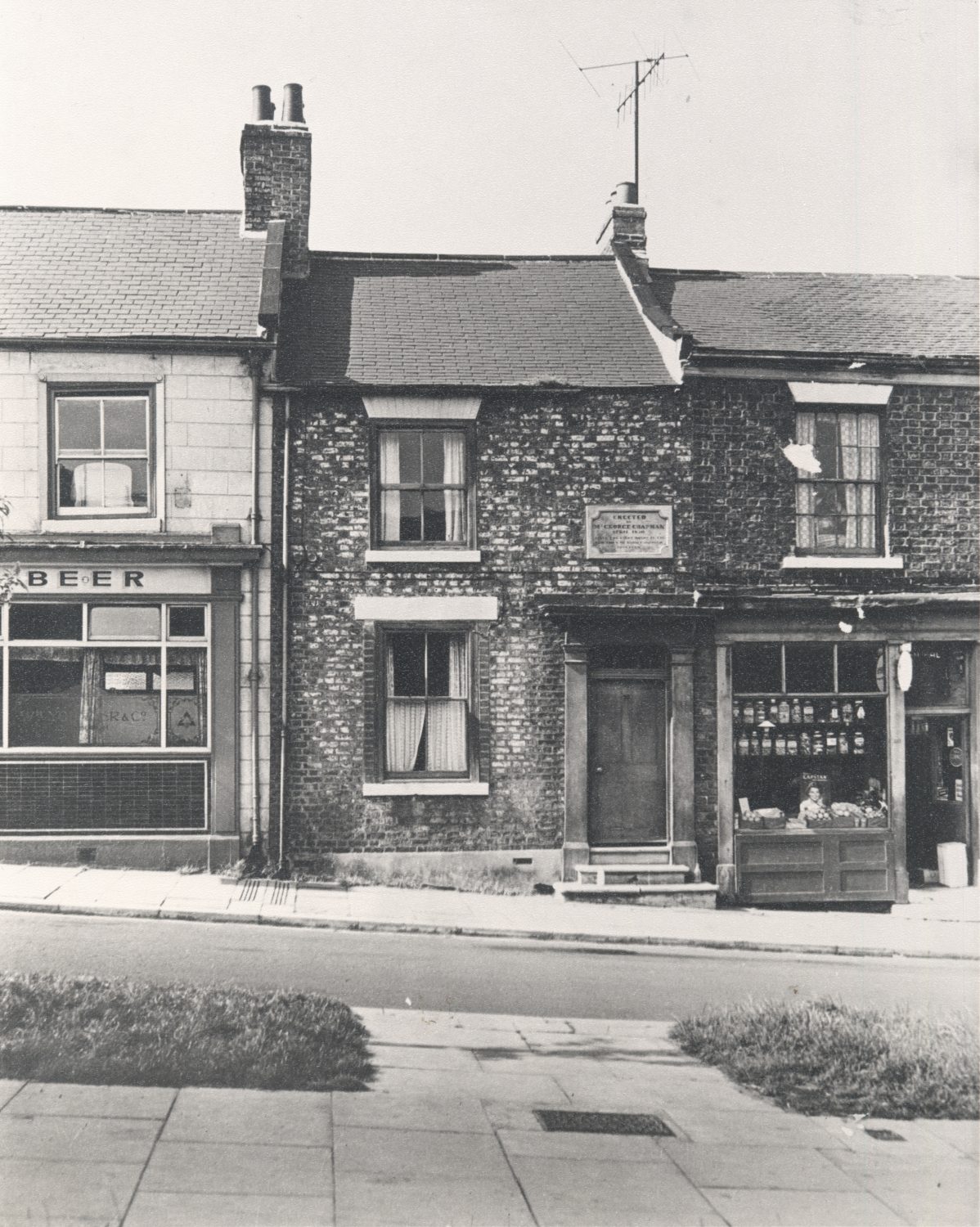 As a result, hundreds of houses were built to house the families who flocked to the town in search of work in the mines, railways and shipyards. This is the first ‘private’ house (i.e. not built by a company or corporation for rent) built in the ‘modern’ town of Middlesbrough. It was built at number 26 West Street in St. Hilda’s. The inscription on the stone’s commemorative slab reads

“Erected by Mr George Chapman April 1830 Being the first house in the New Town of Middlesbrough upon Tees”.

The slab remained in situ above the door of the house until it was demolished in 1959 and is now on display in the Dorman Museum.

Find out more about Joseph Pease in the Teessiders theme.