As mines opened in Loftus and the surrounding area, in the second half of the 1800s, more and more houses were built to accommodate miners and their families who had migrated to the area. Many of these houses were built by Pease & Partners and rented to the workers in their Loftus Mine. Each had a kitchen, a room behind and three bedrooms upstairs. They had their own sewerage system with drains carrying waste down to the beach. Water was supplied via shared pumps – one for every ten houses and a shared ‘earth closet’ (toilet) which was emptied fortnightly. 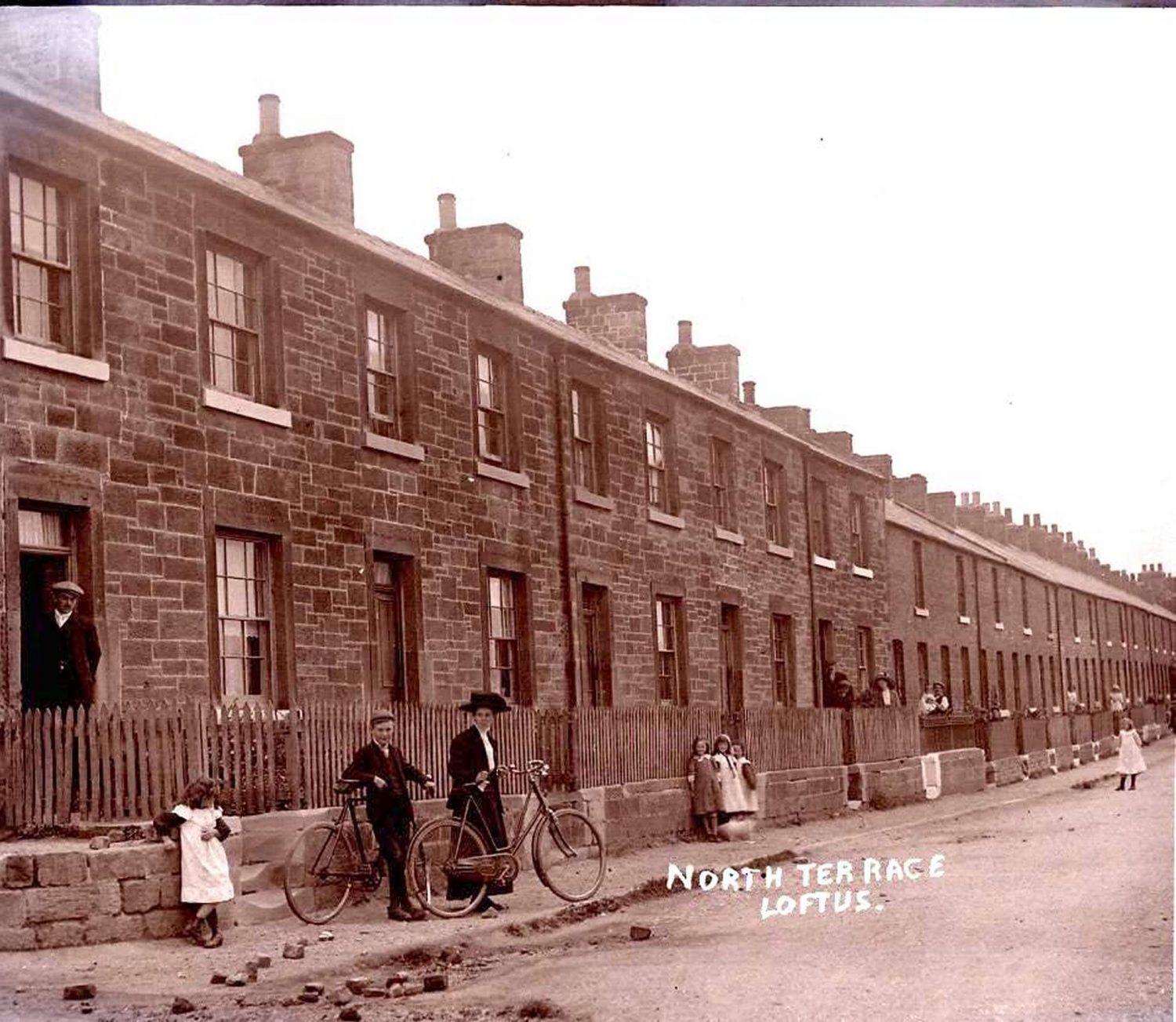 The Loftus Iron Company also built houses for their workers. Each house cost about £100 to build and was rented for 3s 6d per week – about 10-15% of a worker’s average earnings. These houses had no sewage system and waste was allowed to drain freely, collecting in pools in the streets of Skinningrove.

North Terrace was built in the 1870s. These houses were unusual in that, rather than being owned and rented by a company or landlord, the people living here owned their properties which they had bought through buildings societies. A footpath of about half a mile led straight from the Terrace to the Loftus Mine.