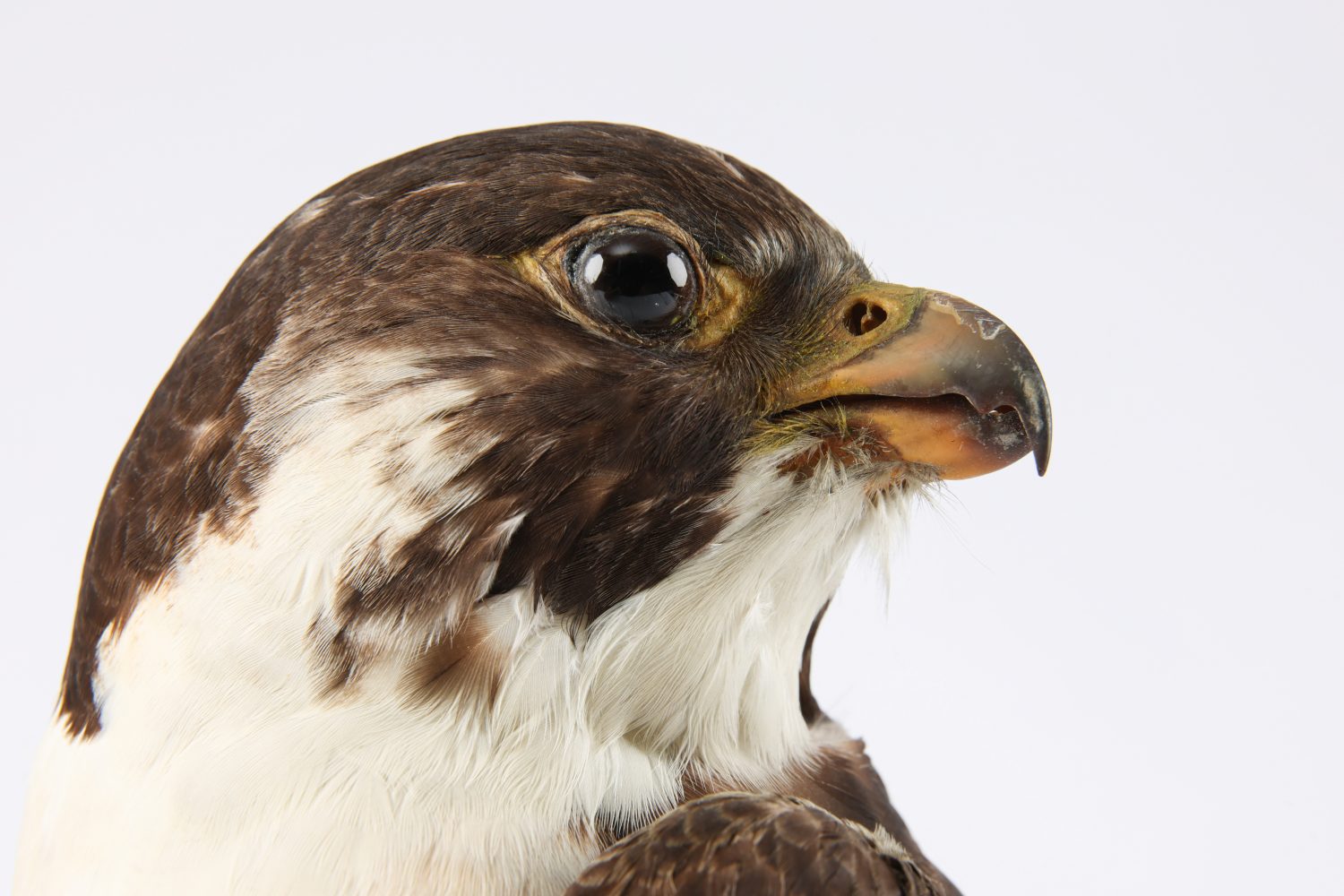 Peregrine falcons are the fastest animal in the world. They can fly at speeds of over 200 miles per hour – that’s three times as fast as a car travelling on the motorway.

Look closer at the image of a peregrine falcon

What kind of animal is a peregrine falcon?

Peregrine falcons are birds of prey. Like all birds they are warm blooded, have a spine, two legs, a bill, two wings and feathers. They also lay eggs to hatch their young.

Peregrine falcons play an important role in their ecosystem by controlling populations of their prey such as pigeons and ducks. They can also be helpful to farmers, keeping birds and other animals away from their crops.

Where do peregrine falcons live?

Peregrine falcons can be found in a range of habitats – wherever there is a plenty of food and a high ledge to make their nests (called eyries) where they won’t be disturbed.

Traditionally, peregrine falcons make their nests on cliff faces, the edge of a quarries or other high, out-of-the way places. More recently, they have adapted to living in towns and cities, nesting at the tops of tall buildings, bridges and other structures.

What do peregrine falcons eat?

Peregrine falcons are carnivores which means they eat other creatures. They mainly eat other birds, especially pigeons, and sometimes small mammals like mice.

How are peregrine falcons adapted to their habitats?

Peregrine falcons are built for speed and adapted to be efficient predators. They have binocular vision which is eight times better than a humans’ and can spot their prey from over a mile away. They tuck their wings in and swoop down from a great height, travelling at incredible speeds, and often catching birds while they’re in flight.

They have special nostrils to help control their breathing when they’re flying at top speeds. Their hook-shaped beaks and sharp, curved claws (called talons) are perfect for stunning, killing and eating their prey.

The numbers of peregrine falcons fell dramatically in the 20th century. They were illegally killed by humans – including by gamekeepers trying to protect other birds – and their eggs were stolen and sold to collectors.

They were also affected by toxic pesticides used in farming (such as DDT). These pesticides built up in the food chain and began to poison peregrines. High concentrations of DDT in their systems also weakened the shells of their eggs and many of their young did not survive.

During World War 2, peregrine falcons were shot by the army, as they kept killing carrier pigeons used to deliver important coded messages.

Thankfully, toxic pesticides are now banned and peregrine falcons are strictly protected. Their numbers are recovering in many parts of the UK, including the Tees Valley. Although they are not currently classed as endangered, they are still a protected species and it is illegal to harm them or disturb their nests.

Seal sands nature reserve at the mouth of the river Tees has become a favourite spot for peregrine falcons. Despite the industrial backdrop – including a nuclear power station and chemical works – the estuary mudflats provide an important habitat for thousands of birds who are able to thrive there, relatively undisturbed by humans. Peregrines perch and nest high up in the industrial buildings and chimneys, and feed on the plentiful prey down below.

You can also see peregrine falcons at Saltholme near Middlesbrough.

What can we do to help birds?

Find out more about peregrine falcons