Despite their success, the early railways were regarded with much suspicion and opposed by many. They posed a very real threat to the livelihoods of stagecoach and canal owners who stood to lose money from passengers, and from businesses and farms using them to transport coal, flour and other goods around the country. And, while the noisy trains might not stop the hens from laying or turn the milk sour by frightening the cattle, plans to build lines across farmland and country estates could present major disruption and loss of earnings for their owners and the people who worked on them. 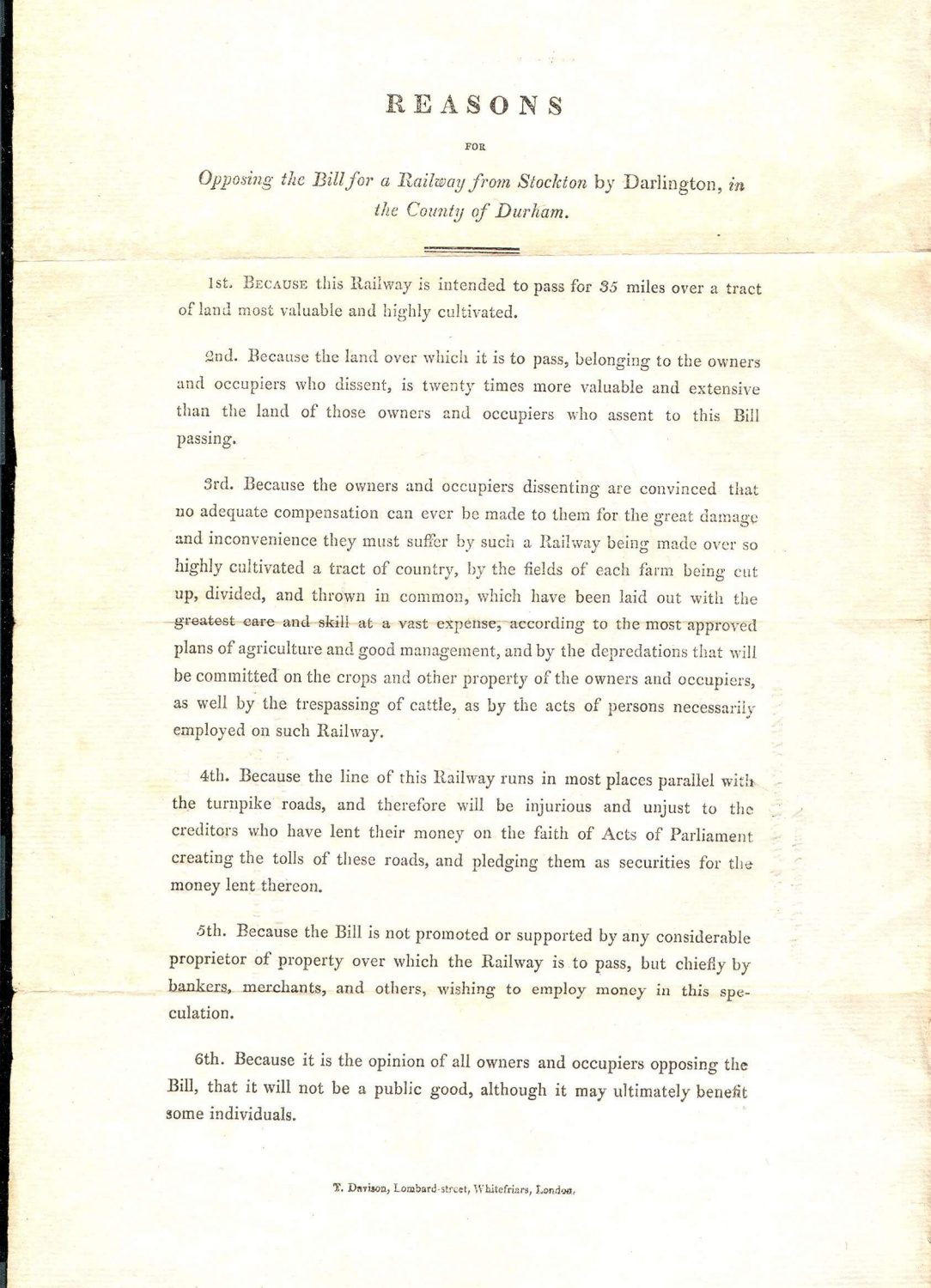 Opposition from others was, perhaps, less well founded. There was a firm belief in the ‘unnatural’ nature of this new technology and that no good would come of it. And that it was dangerous – there were real fears that people, especially women, would faint or die from asphyxiation travelling at the dizzying speed of up to 20mph! Others saw the railways as a disruption to the social order, that cheap fares would enable the lower classes to travel more freely, threatening moral standards and opening up exclusive areas to ‘undesirables’.

This petition shows some of the reasons for opposing the Stockton & Darlington Railway. It is likely to have been made by a local landowner. The petition was printed by a firm in London which shows he was probably wealthy.