By 1917, the First World War had been raging for three years and morale was becoming low. Large numbers of British ships had been sunk by German U-boats and there was a desperate need for new ships to replace them. In June 1917, King George V, accompanied by Queen Mary visited Ropner’s shipyards at Smiths Docks in Middlesbrough to boost morale and encourage the shipyard workers and munitionettes. 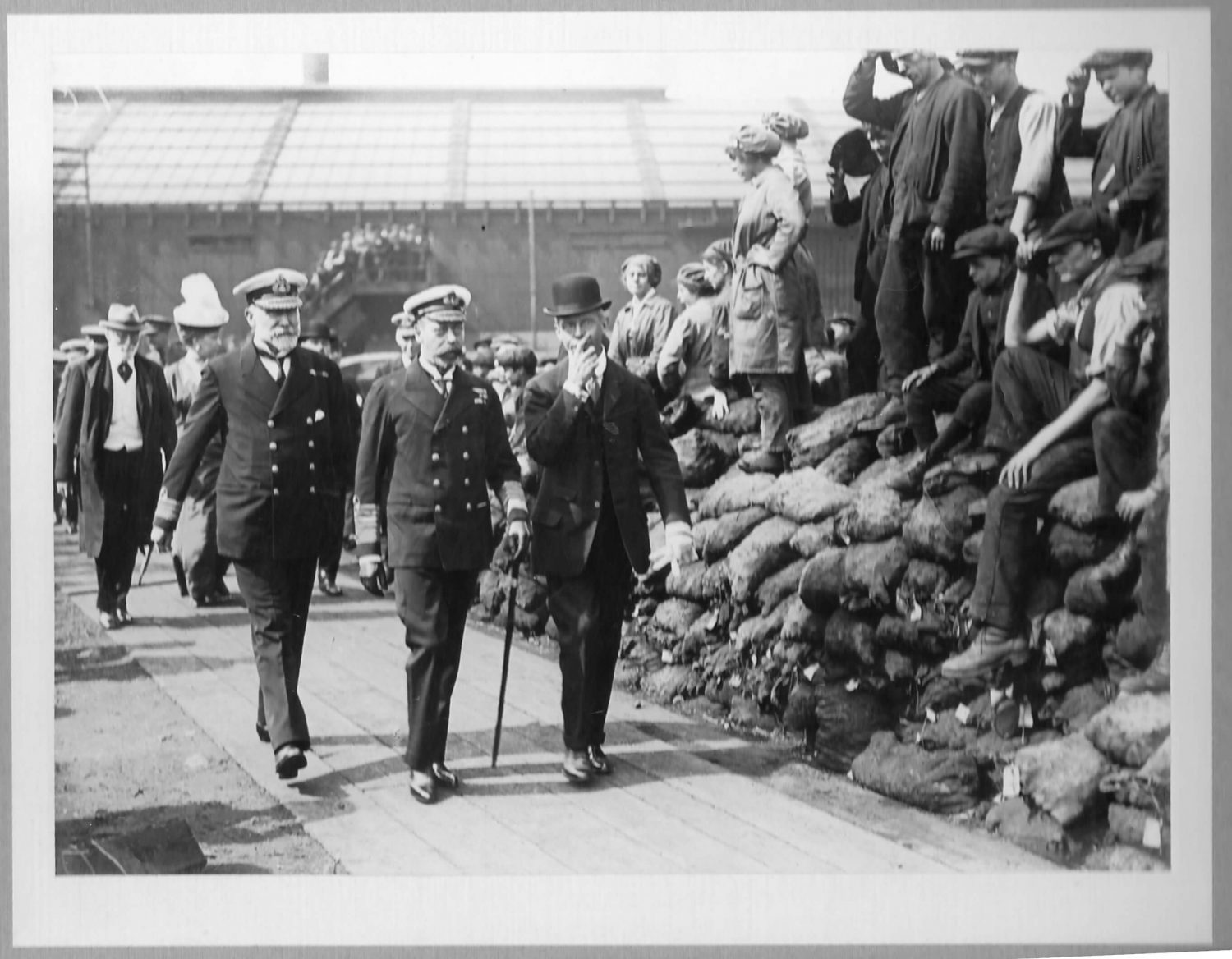