The first public railway opened between Stockton and Darlington in 1825. Its success led to a network of railways around Britain, and soon people from all walks of life could afford to travel further than ever before. As printing processes evolved in the late 1900s, railway companies began producing posters advertising destinations that were still a mystery to many. Fine artists of the day were recruited by the major railway companies to conjure up images that would tempt people to take their summer holiday in destinations around the country. 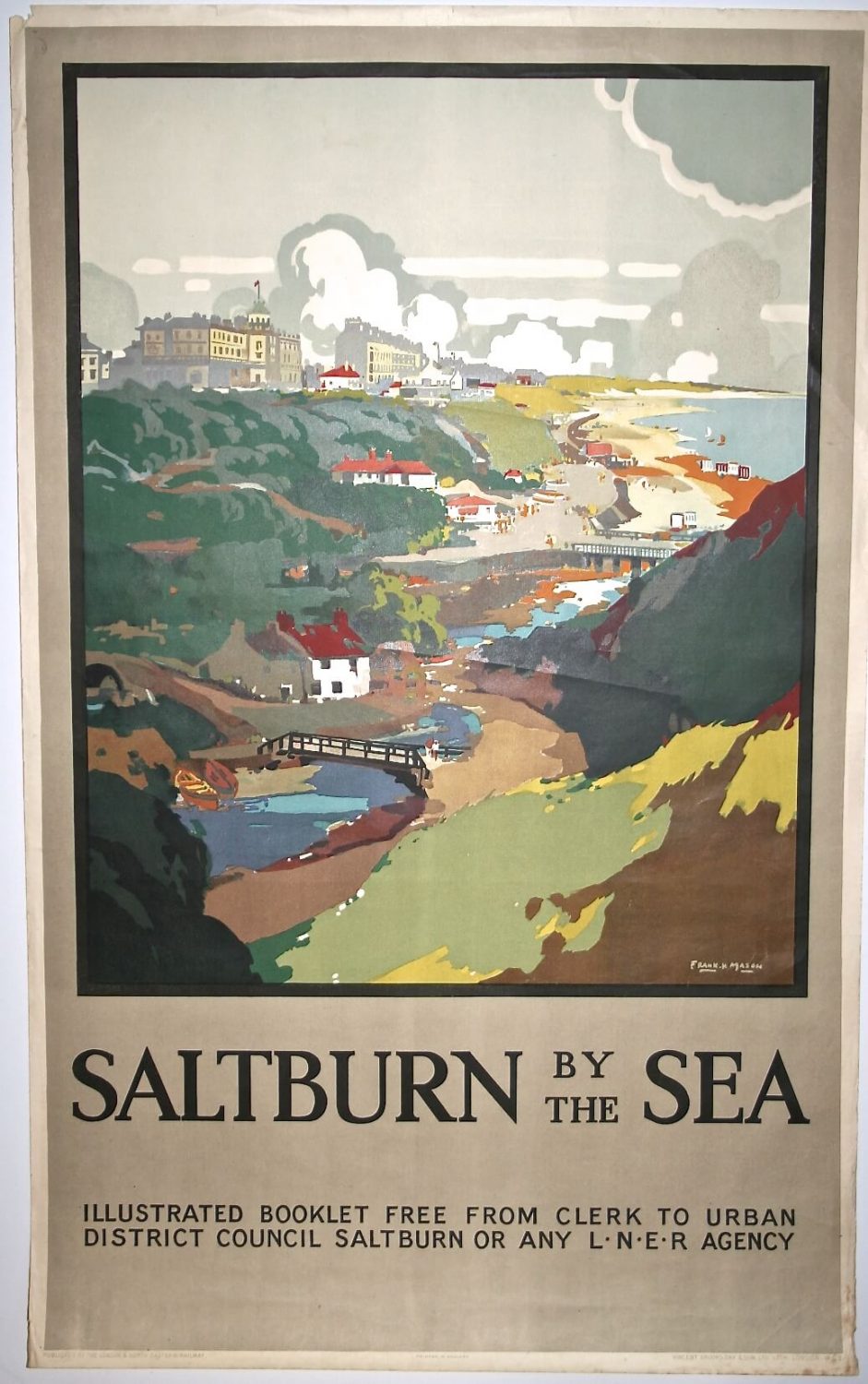 Saltburn-by-Sea became a popular destination for holiday-makers in the late 1800s. This poster from the early 20th century captures the unique features of the resort and paints an idyllic image, featuring Saltburn’s famous pleasure pier, the Zetland Hotel up on the cliff, bathing machines at the water’s edge and white sand stretching into the distance.

This poster was designed by Frank Henry Mason (1875-1965) for the major London & North Eastern Railway company. Mason was a local artist born in Hartlepool who went on to create some of the most iconic railway posters of the 20th century – some of which now sell for thousands of pounds each.