Saltburn pier was the first iron pier to be built on the North East Coast. Its history is closely tied with the town’s development and identity and, nearly 150 years later, remains a key attraction and iconic symbol of the Tees Valley’s famous seaside resort. 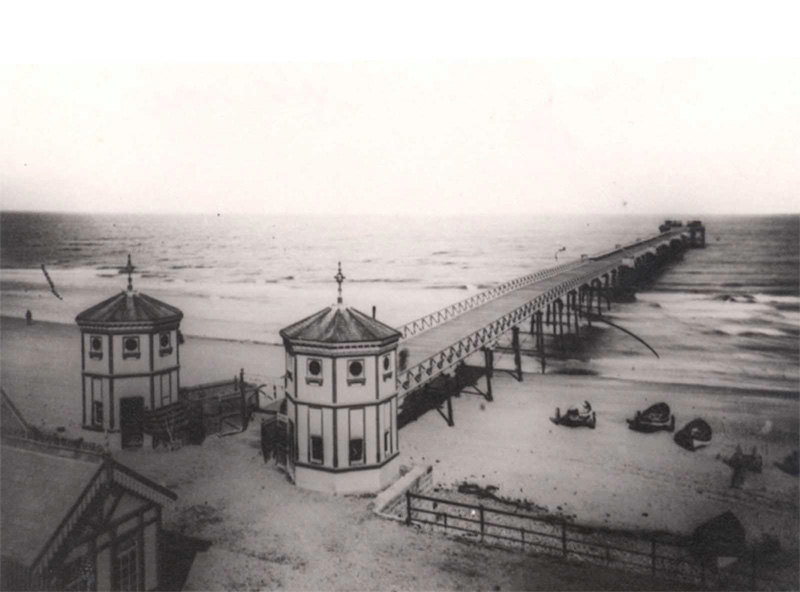 When it opened in 1869, Saltburn pier was an immediate success, with over 50,000 visitors during its first six months. In its first year, visitors could watch bands performing on the pier head, board steamers for trips to Middlesbrough, Hartlepool and Scarborough, and walk over the water as they promenaded along its 450m length. Cafes, ice-cream kiosks, cloakrooms and a theatre for dancing, concert shows and meetings were all added over the coming years.

The Pier survived nearly 150 years of battering by the North Sea, damage from severe gales and even being crashed into by a ship – the Ovenberg – which was wrecked on Saltburn beach in 1924. But the years took their toll and, in 2000, a major project was undertaken to restore Saltburn Pier to its former glory.

Today, Saltburn Pier is the most northerly pier in Britain and the only remaining pleasure pier on the North East coast. It was voted ‘pier of the year’ in 2009.