The households of the upper and middle classes in Victorian Britain all had servants. For the wealthiest, like the Ropners of Preston Hall, these would include a whole ‘army’ of workers who often lived in their own quarters in the house. There was a strict hierarchy, with the male servants supervised by the Butler, and the female servants by the Housekeeper. For all servants, work was hard and the hours very long, with little or no time off. But the pay was usually better than other working-class jobs like mining or farm work, and the job often came with food and lodgings. Children as young as twelve or thirteen could begin their working lives as a domestic servant, working long days with no real lives of their own. 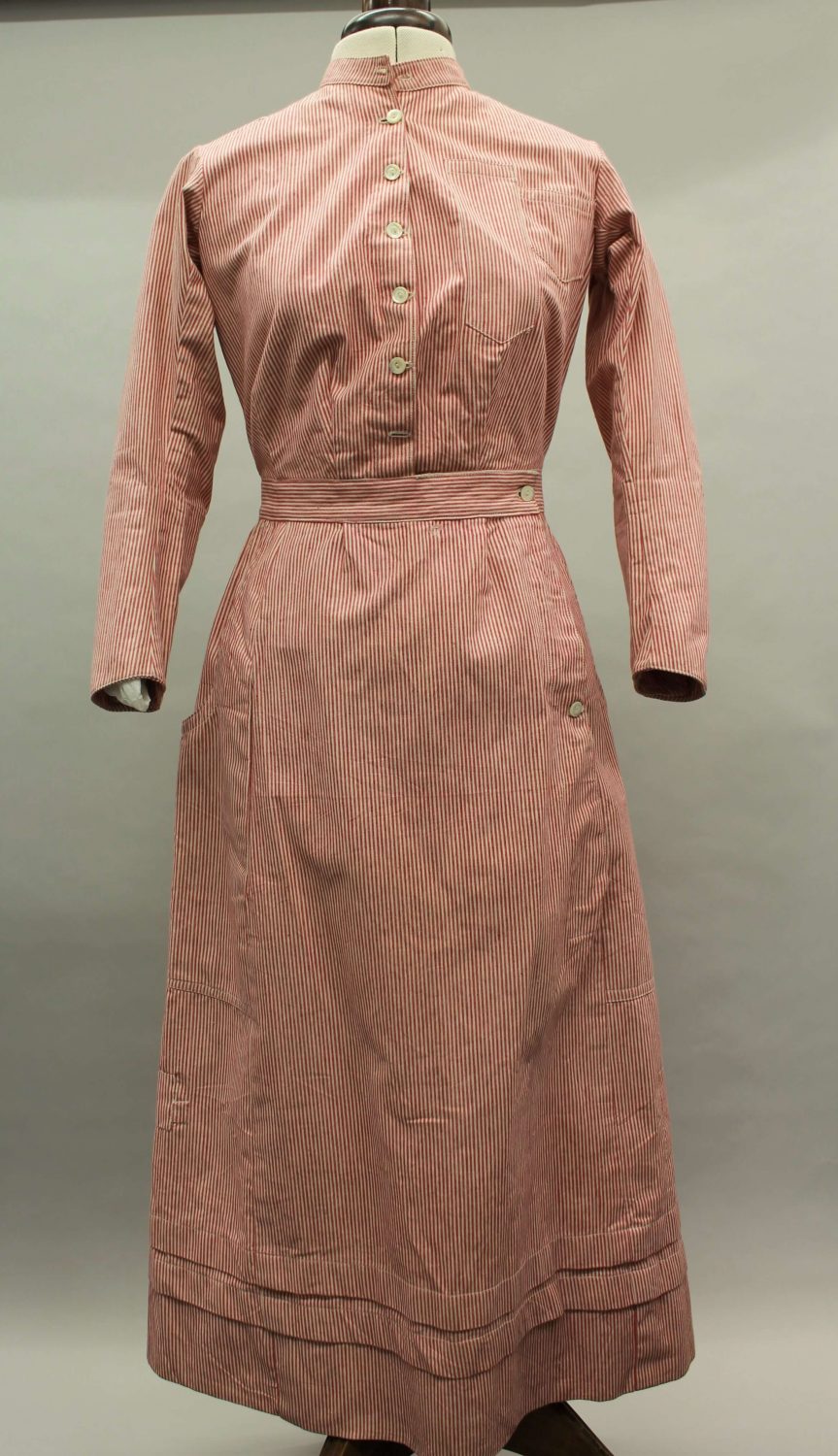 Female servants working ‘upstairs’ – in the main part of the house, would usually wear a smart black uniform with a pristine white apron. This was because they would be seen by the family they worked for and so had to be ‘presentable’. Women and girls working behind-the-scenes ‘below stairs’ wore a red and white striped dress like this one. This dress would have belonged to a scullery maid or laundry maid, or a maid of ‘all work’. It dates to 1910 but the style of this type of dress hadn’t changed for the poorer classes since the late Victorian times.