This photograph shows the five original blast furnaces and pig beds at Skinningrove Iron Works that opened in 1873. The ingredients to make useable iron were limestone, ironstone, coke and air. The coke provided the fuel for heat and the air made sure the coke kept burning. The limestone helped to separate the iron from the impurities in the ironstone and would be tapped off as ‘slag’. Once the mixture had been heated for the required period and the slag tapped off, the molten iron could be allowed to flow out from the bottom into sand gullies called ‘pig beds’, hence the term ‘pig iron’. Once cooled, the ‘pigs’ of iron were taken to steelworks and iron foundries in Durham and Middlesbrough. 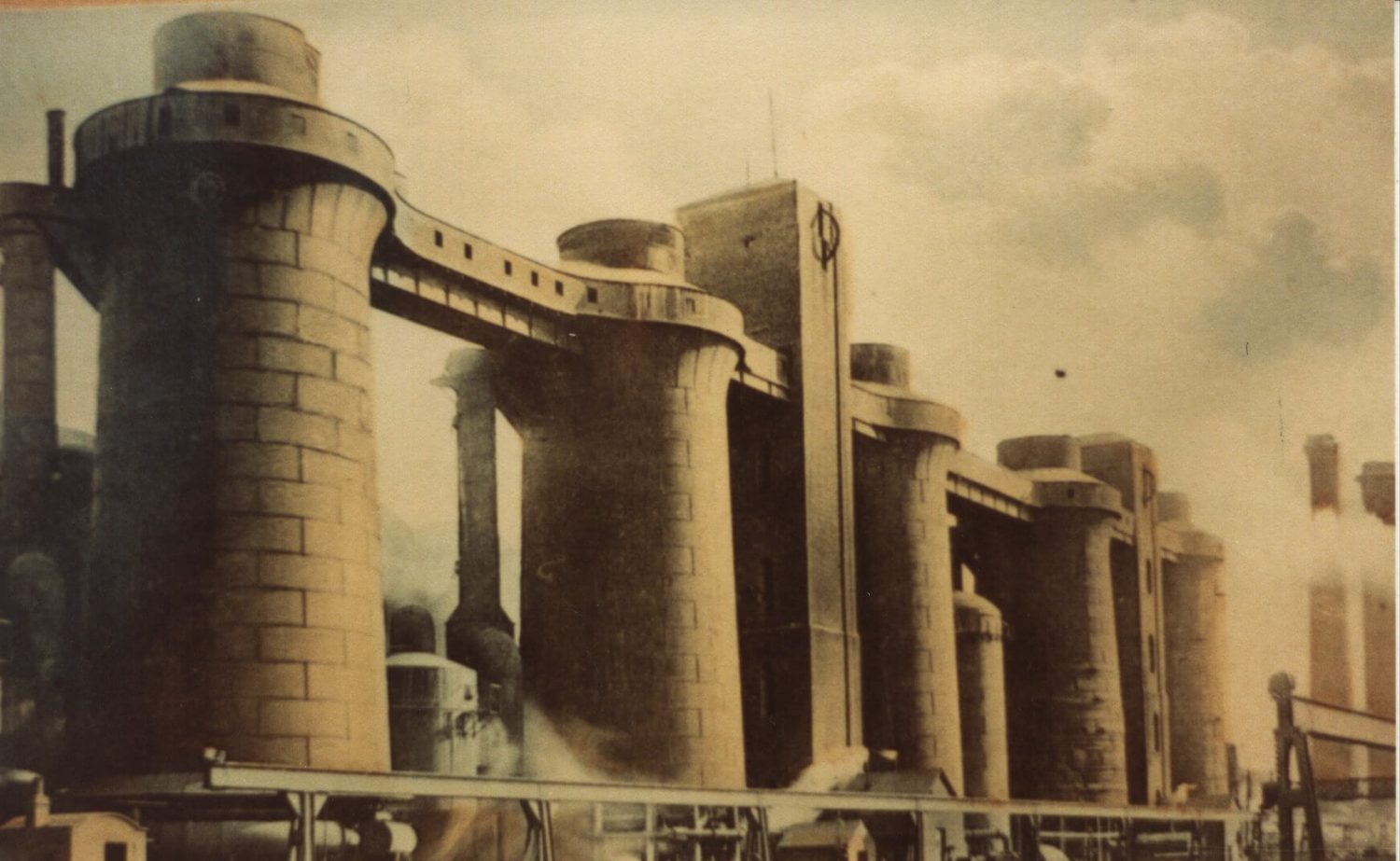