Skinningrove from the cliffs

This photograph shows a view of Skinningrove with the Ironworks above and Carlin How in the far distance, taken from the high ground on the east side of the valley. A seam of ironstone was first identified at Skinningrove in 1847 by Samuel Frederick Okey and the first ironstone mine in Cleveland opened there shortly afterwards. Because of its isolated situation & the difficulties of transporting the ironstone out of the valley, production at Skinningrove remained on a small scale throughout the 1850s, compared to the Eston mines closer to Middlesbrough. 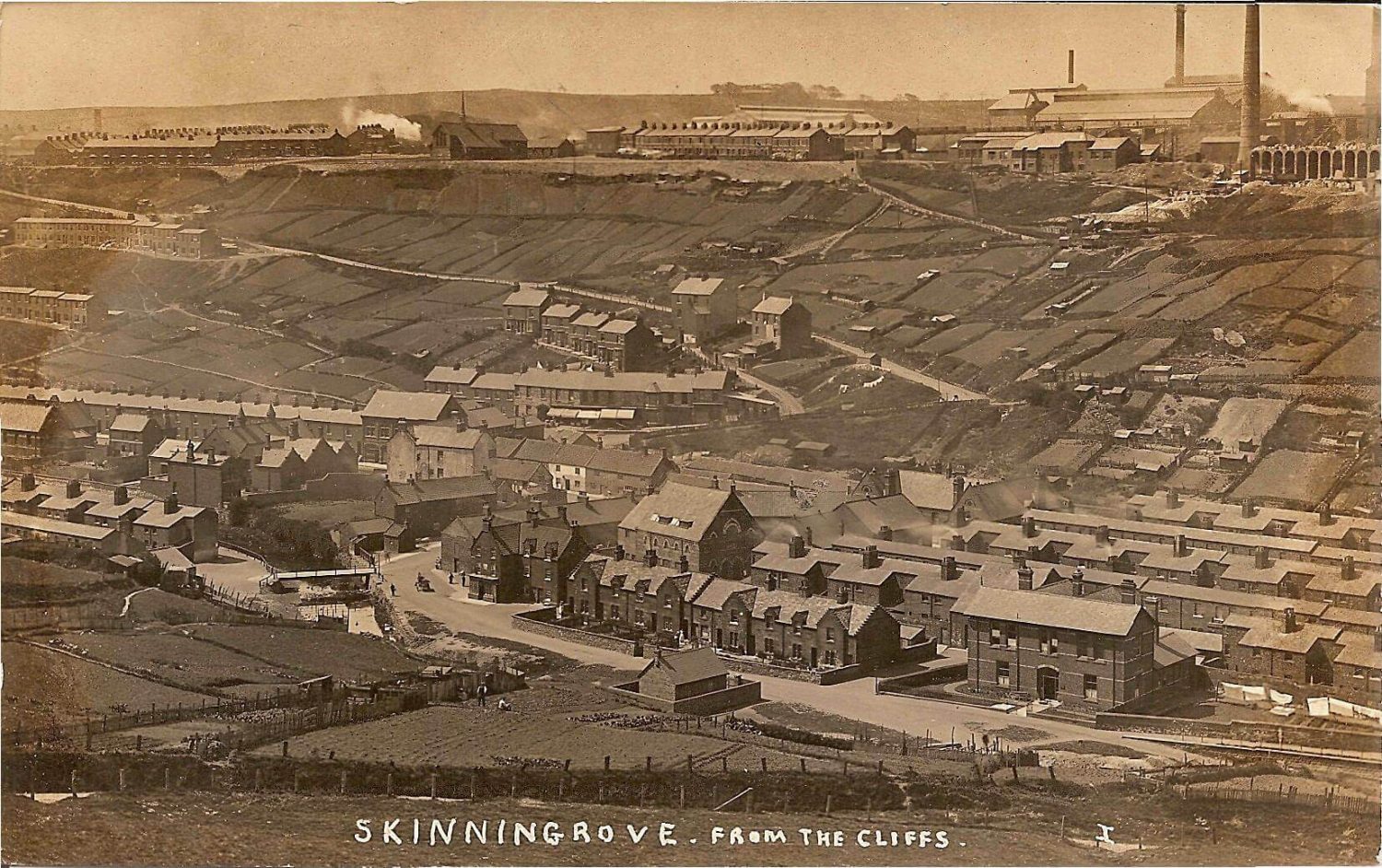 Skinningrove from the cliffs c. 1911

The mine really took off in the 1860s, when the Pease family extended the Stockton and Darlington Railway to Skinningrove and (Joseph) Pease and partners took over ownership of the Loftus Mine. Most of the village was developed by the Company. They built houses for their workmen, a village school, the Cottage Hospital & the Miners’ Institute. The Skinningrove Ironworks opened in 1873 and steel making began there in 1911.

The Loftus Mine is now the site of the Cleveland Ironstone Mining Museum where you can find out more about this fascinating story and venture down the mine itself.