“I’ve always taken photographs – since the age of 14 or 15. I always have my camera with me, it’s like an extension of myself.” Kev Howard 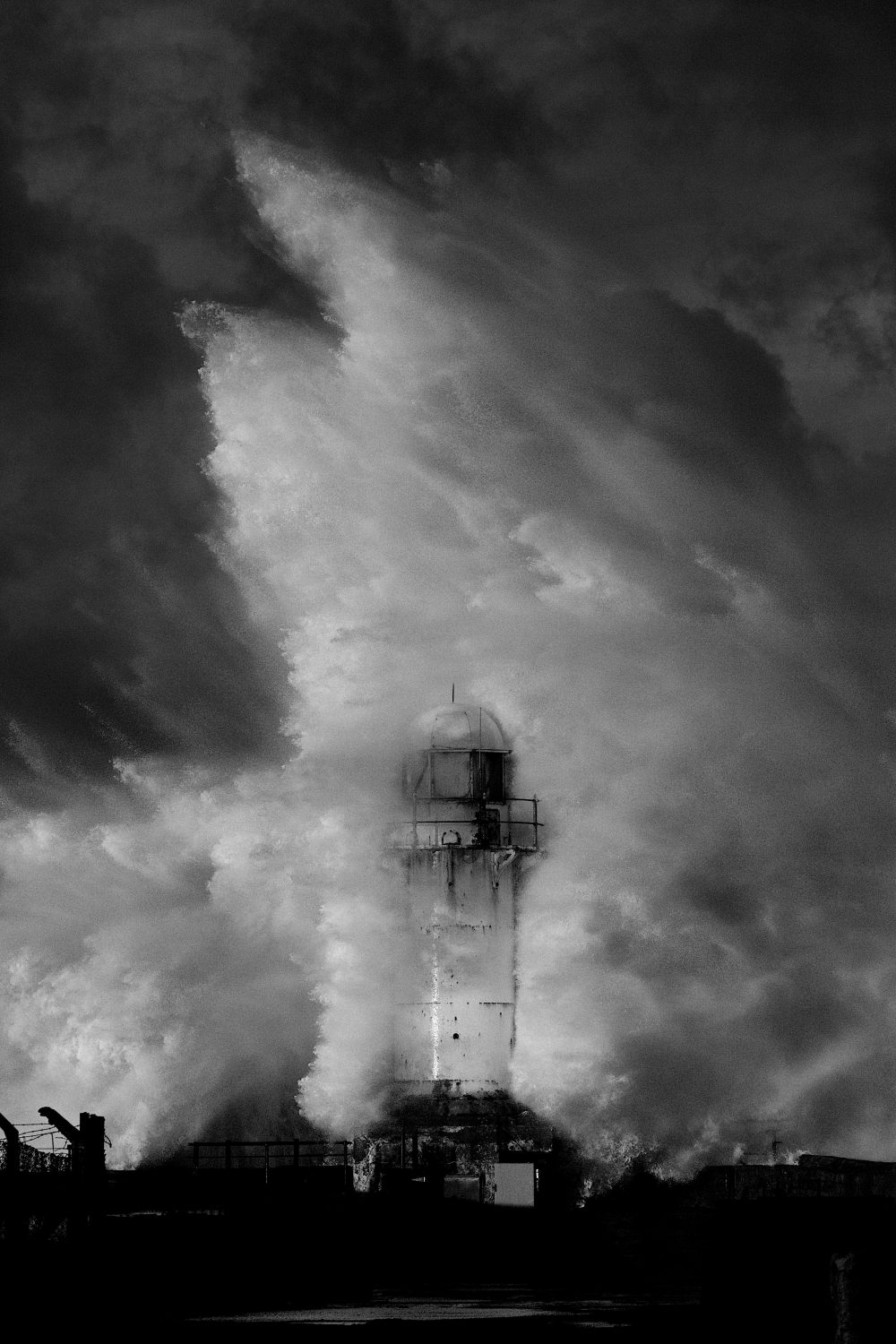 Kev Howard was born in Guisborough and now lives in Saltburn. Although his work has allowed him to travel around the world, he has always had a base in the Tees Valley. He says:

“Teesside has such an incredible draw. People are often surprised – and blown away – by how beautiful it is. It’s not just industrial and built up areas (although these are important too) – there’s a massive amount of rural areas throughout, that’s what I think of as Teesside.”

Howard says he ‘wasn’t very good academically’ at school, but always knew he wanted to work in the creative industries. When he left school, he studied photography at Longlands College in Middlesbrough. More recently he gained a Masters in Fine Art – graduating with Distinction.

Howard’s photography focuses mainly on landscape (including urban landscape), documentary, studio practice, portraiture and performance, capturing people and places associated with the local area. His photographs often reflect the effects of extreme weather on the landscape, such as Saltburn Pier in a lightning storm, wind turbines appearing through the mist on Coatham Beach and a rain-soaked path through Errington Woods.

He has photographed poets, musicians and other performers who are local to the area or who have appeared at local events. These include internationally recognised poets such as Benjamin Zephaniah and Michael Rosen. More recently he has worked with Middlesbrough Town Hall to document the live music performances taking place there.

Howard’s photographs also focus on social documentary and interactions between the ordinary people he meets in everyday life. He says a fine balance is needed to create a meaningful connection with the people he is photographing while making sure the photograph is as natural as possible:

“…it’s important to make the connection and to engage as quickly as you can, people get agitated if you’re faffing about and then it becomes intrusive.”

In contrast, he has recently documented the emptiness of local cities and towns as a result of the lockdown following the Coronavirus outbreak. Howard’s work also includes photographs taken in his studio – many of which have been displayed in exhibitions at local Museums and Galleries. His last exhibition, entitled ‘d-FORMED’, was based on his own personal experiences of living with disability. Through exploring the string of major surgical operations he had to go through from a very young age, the exhibition aimed to challenge societal attitudes and prompt debate and understanding about disability.

Howard is also a musician and has performed around the world, mainly playing aboriginal digeridoo (Yidaki and Mago).

This striking photograph shows the lighthouse at South Gare. It was taken during a January storm which caused a tidal surge and winds of 60mph. Howard describes taking the photograph:

“This is one of my favourites. It was taken at sunset so the light was fading rapidly. The waves are hitting the jetty first – which is about 12 metres high – and then the lighthouse. It was unbelievably cold and the waves were really powerful… I did think twice about going out to take the photograph!”

You can see more of Kev Howard’s photographs here