Speed trials are the 100 metre sprint of the motor racing world – raced over a distance of just a quarter of a mile. In the early 1900s, the long stretch of hard, flat sand at low tide made Saltburn beach a prime spot for this thrilling new sport. On July 14th 1906, the Yorkshire Automobile Club organised the first Motor Races and Speed Trials to be held at Saltburn. 60,000 spectators watched as Warrick Wright set a Yorkshire record of 96.5mph. 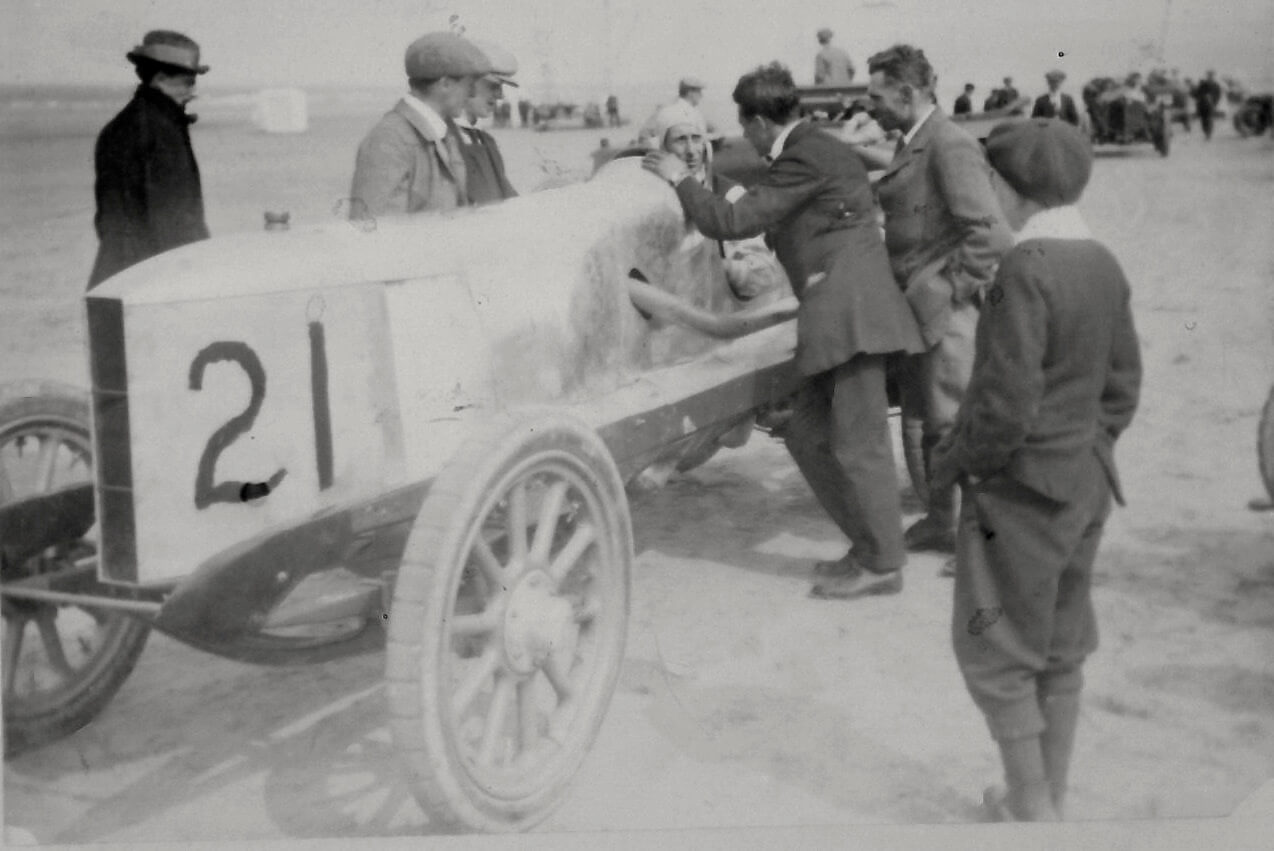 The following year, Algernon ‘Algy’ Lee Guinness reached a speed of 111.84 mph, setting an unofficial English record in what was billed as the ‘world’s fastest car’ – the Darracq. He returned in 1908 to equal the British record of 121.6mph, watched by thousands of spectators despite the need for an early morning start to catch the low tide.

In 1922, Malcolm Campbell, famous for setting world speed records on land and on water during the 1920s and 1930s, set his first land speed record at Saltburn. After six runs, a top speed of 138.08mph was recorded, but Campbell was denied the official record by the Commission Sportive in Paris, who would not approve the Yorkshire Automobile Club’s hand-held stopwatches. Campbell went on to officially set the land speed record in 1926 reaching a speed of 146.16 mph.

By 1938 the sands at Saltburn had become unsuitable and racing moved along the coast to Redcar and Coatham. By the mid 1960s there was no longer a long enough stretch of flat, hard sand for motor racing and the romance, thrill and danger of speed trials on the Tees Valley sands became a thing of the past.