A special ‘patch’ is designed for each individual NASA mission into space. The patch includes the names of the crew and symbols that carry particular meaning for that mission. Traditionally, a patch is worn on each astronaut’s space suit and by other team members supporting the mission. This is the patch from Nicholas Patrick’s first mission into space aboard the Space Shuttle Discovery in 2006 (named after the ship Captain Cook took on his third voyage of exploration in 1776). 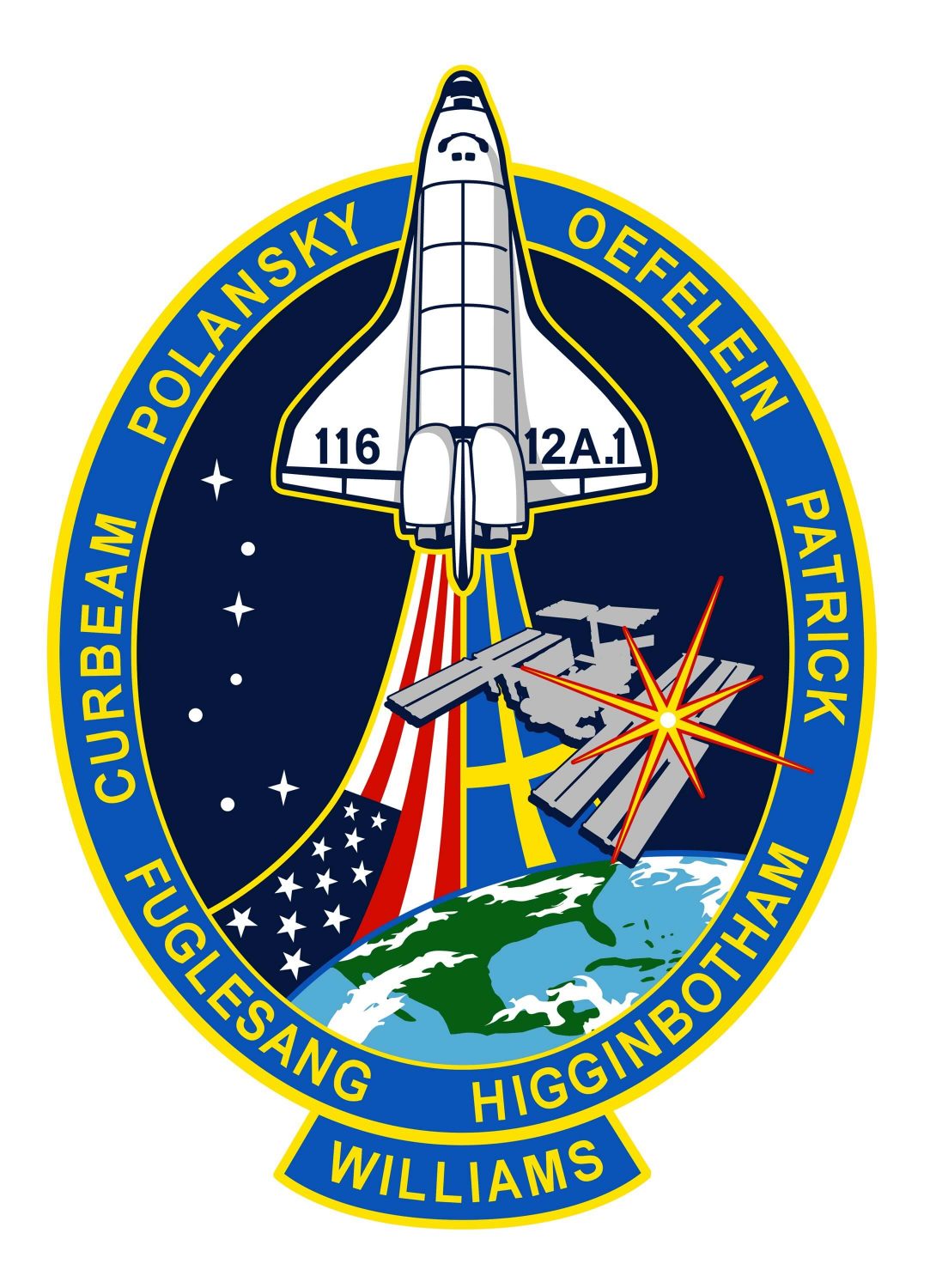 On this mission, the STS-116 crew flew to the International Space Station (ISS) to attach a new support beam and connect a new electricity supply to its solar panels. STS stands for Space Transportation System. The flags on the patch represent the nationalities of the crewmembers. Six of them were from the United States, and one was from Sweden. The large star represents the North Star and shows the place where the support beam was added to the ISS. The seven stars of the constellation Ursa Major (the Great Bear) can be seen on the left-hand side, pointing to the North Star, just as they do in the night sky. It took more than 40 assembly missions to complete the space station; 12A.1 refers to this mission’s order in the sequence of NASA station assembly flights.