In 1917 two tanks were featured in the Lord Mayor’s show, capturing the public’s imagination and sparking a fascination with this new ‘wonder weapon’. The National War Savings Committee decided to capitalise on this and introduced an inspired scheme to use the tanks to raise money for the war effort. Six tanks – each with different names – were toured around the country, stopping in different towns for a week at a time. During a town’s ‘tank week’, two women would sit in the tank and collect money from local people and businesses for the war effort. An element of competition was introduced with the town that raised the most money by the end of the war being given one of the tanks – ‘Egbert’. 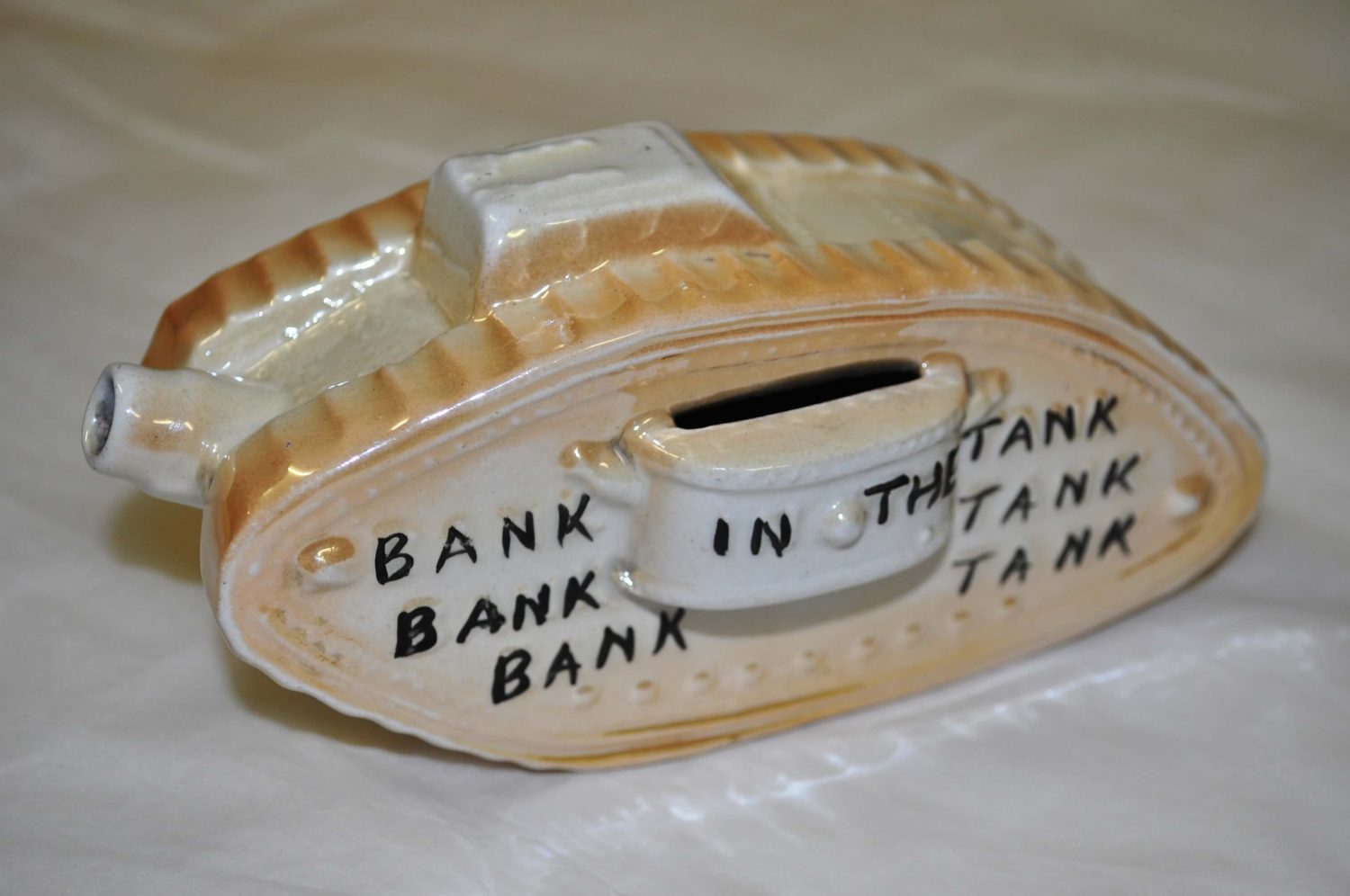 The scheme was a great success and was won by West Hartlepool, who reportedly raised the equivalent of a staggering £1300 per head of the population! It is thought that the bombardment of the Hartlepools at the beginning of the war had sparked a particular determination in the people of the town. Egbert arrived in West Hartlepool in 1919 and was placed on Stranton Garth. It was scrapped in 1937.

This pottery Tank Bank money box was bought by a local woman during tank week. Her son had been killed during the Battle of the Somme in 1916.