The Tees Newport Bridge has become an iconic Middlesbrough landmark. Built by local steel giants Dorman Long, who also built the Sydney Harbour bridge along with a host of others around the world, the ingeniously designed Newport Bridge opened in 1934. It was the first of its kind in the country, allowing traffic to cross the river Tees between Middlesbrough and Stockton. 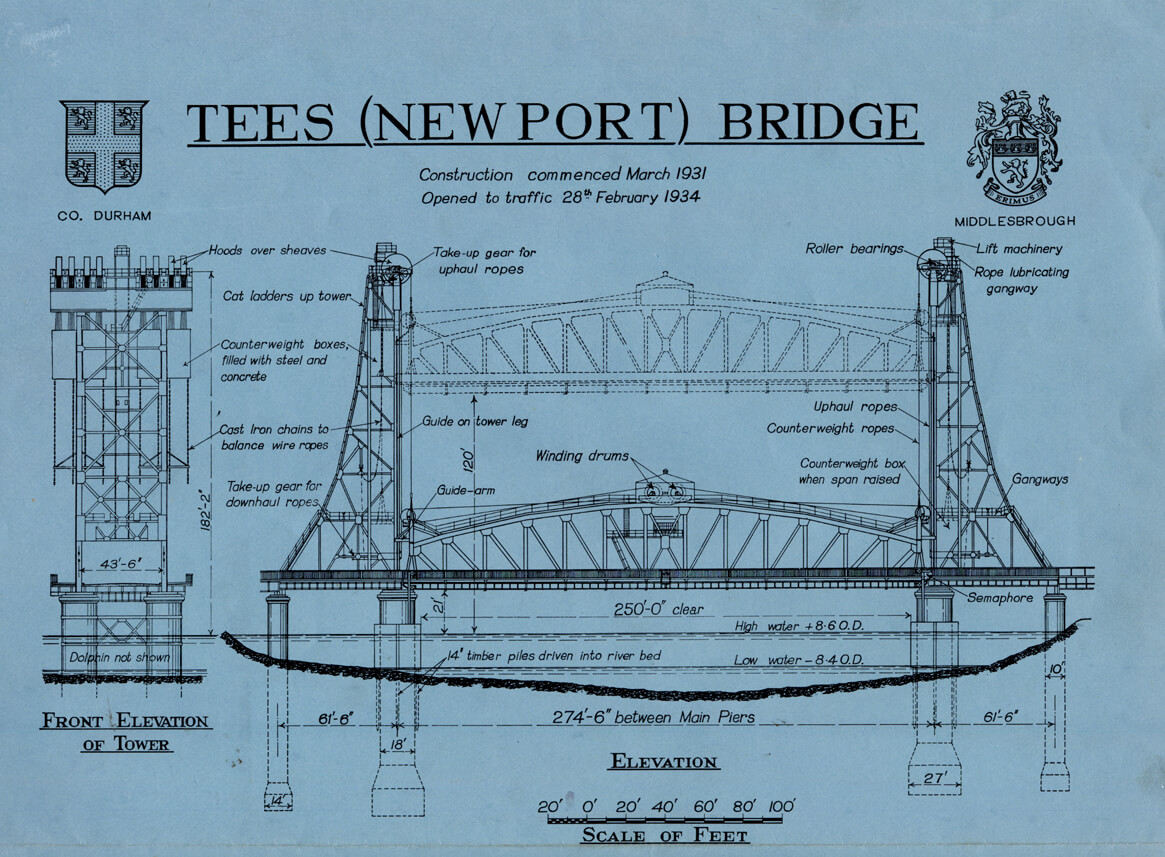 The low banks on either side of the Tees presented a complicated challenge to the designers. A simple road bridge would be too low to allow ships to pass under it. As this drawing shows, the solution was a ‘vertical lift’ bridge that lifted the road into the air allowing ships to pass along the Tees underneath it. It was last lifted for ships in 1990, but is still used by thousands of vehicles every day.

The bridge’s iconic form can be seen for miles and, along with the Transporter bridge has become a symbol of the Tees Valley’s industrial heritage and identity.