A trolleybus is an electric bus which draws power from overhead wires. They were introduced in cities across Britain in the early 1900s. They were cheaper to run than trams, which were also powered by electricity but needed a network of rails to run on. They were also better hill climbers and generally quieter than trams, and more environmentally friendly than traditional motor buses. It was not uncommon for trolleybuses to become uncoupled with the overhead wires. When this happened, the bus would come to a standstill and the passengers would have to wait while the driver reconnected it using a special, long pole kept underneath the bus. 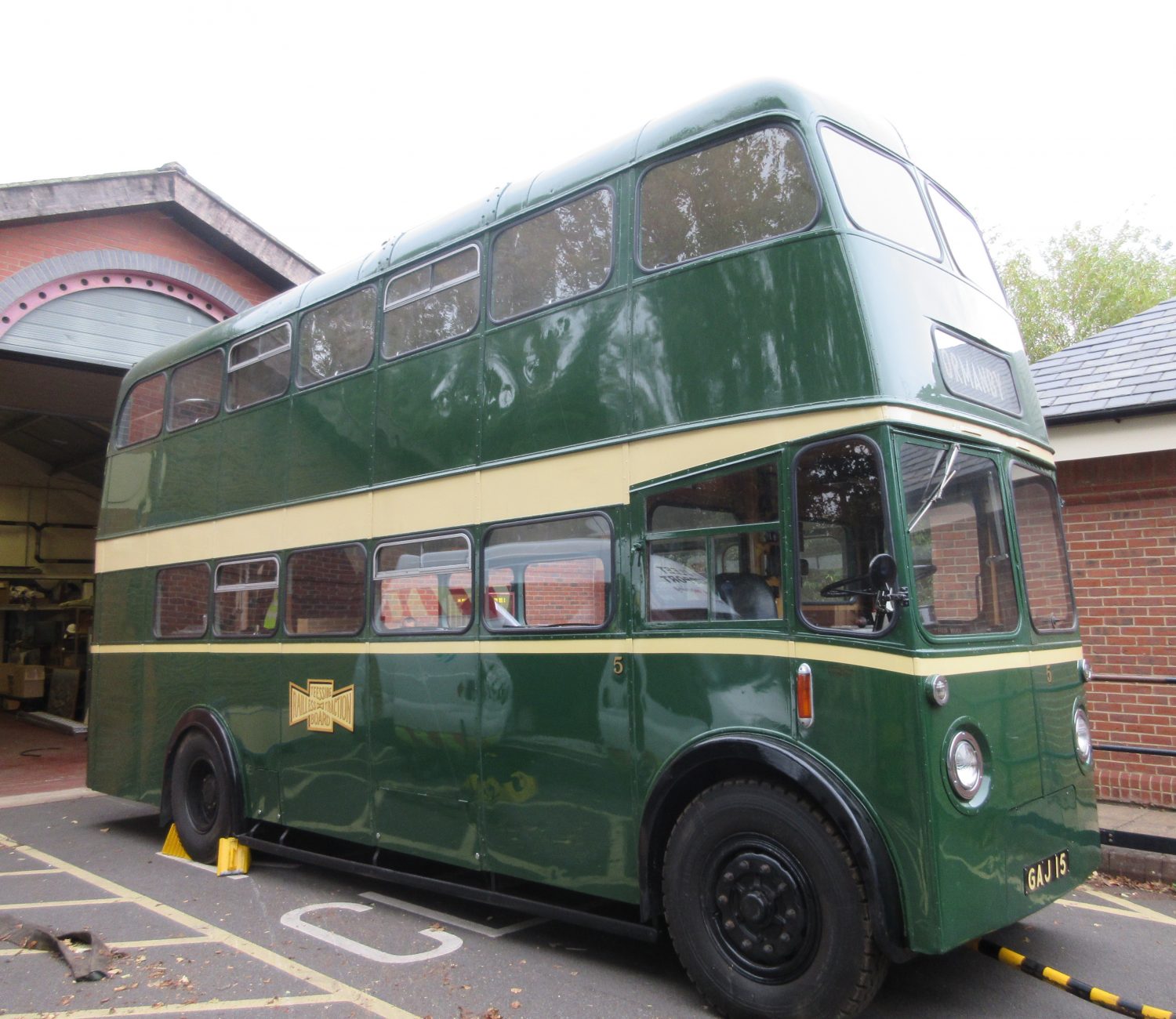 Trolleybuses were introduced in the Tees Valley by the Teesside Railless Traction Board (TRTB). The official opening of the system took place at 11am on Saturday 8 November 1919, with the first bus being driven by the Board’s Chairman. At this time, only single-deckers were allowed on the system. By 1944, double-decker trolleybuses had been introduced, and TRTB no. 5 joined the fleet in 1950. It continued to carry passengers until 1971, when the Teesside trolleybus system stopped operating. No. 5 became the last trolleybus to run on Teesside and is now housed in Kirkleatham Museum.

Watch a film of the last Teesside trolleybuses here: