Since ancient times, tortoiseshell has been prized as a beautiful and versatile material for making luxury and decorative items. Made from the shells of a tortoise or turtle – particularly the Hawksbill turtle – it can be moulded into different shapes, used in thin layers as decoration and polished to reveal its characteristic mottled brown and yellow patterns. In Japan, Bekko, as it is known, was historically used to make ritual ornaments before becoming fashionable for combs, hairpins and other accessories. Furniture inlaid with tortoiseshell was popular with the wealthy in ancient Rome. 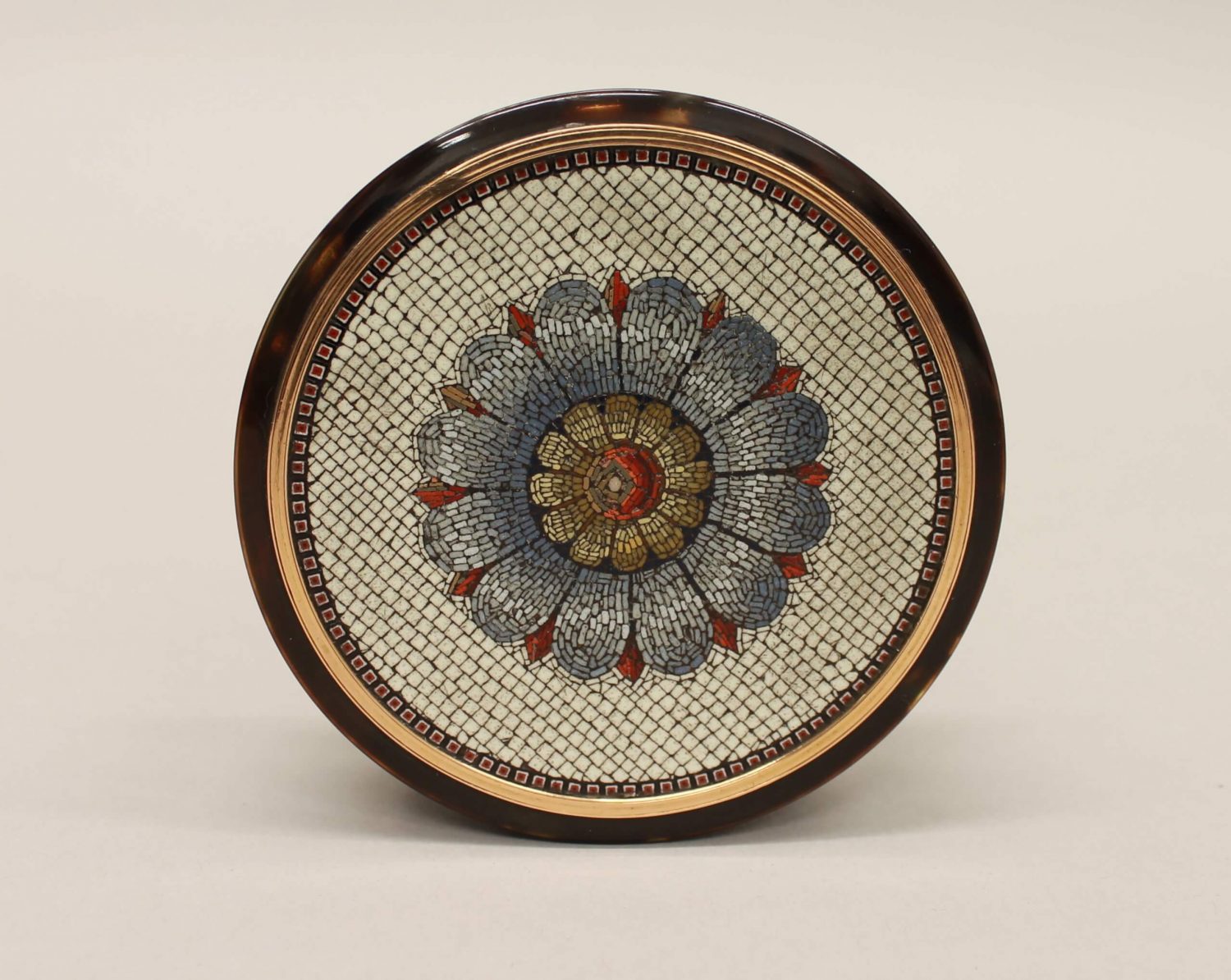 Tortoiseshell became extremely popular around the world and was used to make a wide variety of items from tea caddies and chopsticks to spectacles and inlays for musical instruments. Unsurprisingly, the numbers of hawksbill turtles began to seriously decline and, in 1973, the trade in hawksbill shells was banned worldwide. It is still listed as a critically endangered species by the WWF today.

This tortoiseshell box was used to hold snuff – a form of crushed tobacco that was taken by sniffing pinches of it off the back of the hand. The tortoiseshell, fine mosaic flower design and gold mounts indicate it would have originally belonged to a wealthy owner. This is part of a collection of snuff boxes which belonged to Col. Spence. He left his collection of over 1000 objects, which also included arms and armour, locks and teaspoons, to Stockton when he died in 1925. It can now be seen in Preston Park Museum.

Find out more about Colonel Spence in the Tees Valley in World War I theme.