Gilbert Ormerod Spence was born in Stockton-On-Tees in 1879. He led the men of the 5th Durham Light Infantry Battalion through some of the bloodiest battles of World War 1 including Ypres and the Somme and was well respected by both officers and men for his bravery. 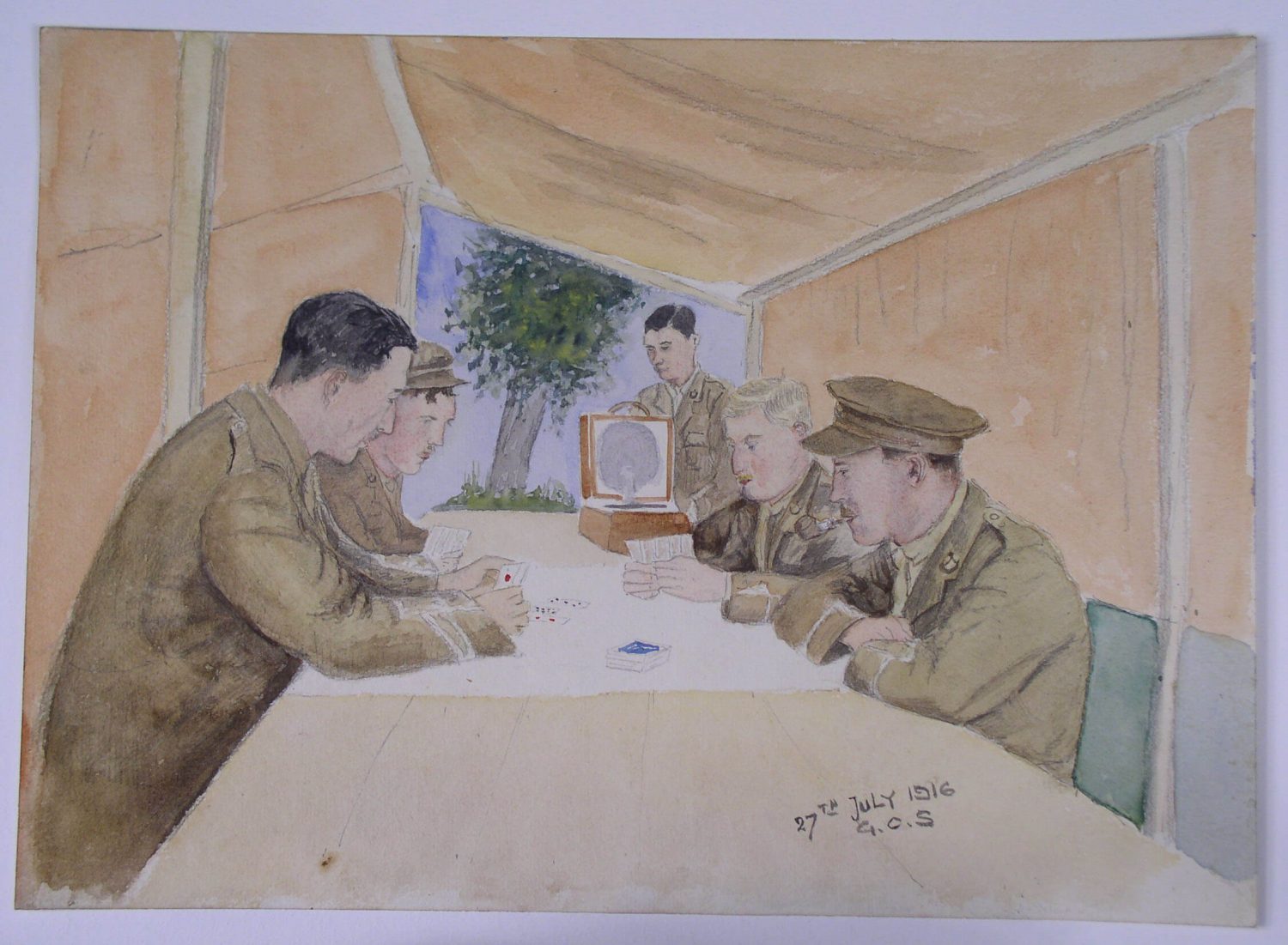 During the war Col. Spence was often seen with his box of watercolours. He painted over a hundred scenes which form a remarkable pictorial history of battalion life and the local men who served during World War I. He painted this watercolour at the start of the Somme offensive – probably in Belgium or France. Card games were a common way for soldiers to pass the hours during their down time, but only officers would have had the luxury of a gramophone.

Col. Spence kept strong links with Stockton, actively recruiting local men while on sick leave and even christening one of the trenches ‘Yarm Lane’. After the war he chaired the committee to raise funds for a memorial to the men who lost their lives.

Having survived the First World War, Colonel Spence was tragically killed in a car accident in 1925 at the age of 47. He bequeathed to the people of Stockton his collection of over 3,000 weapons and other items collected from around the world – including his war watercolours, starting Stockton’s first ever museum collection. His collection can be seen at Preston Park Museum.