← Back to School News

This month, around 40 Year 5 students at Newport Primary in Middlesbrough will be receiving their Arts Award Explore certificates. Explore is the second level of Arts Award and is a recognised formal qualification. It involves students having at least 25 hours of guided learning and putting in at least 10 hours of independent learning time – so no mean feat! 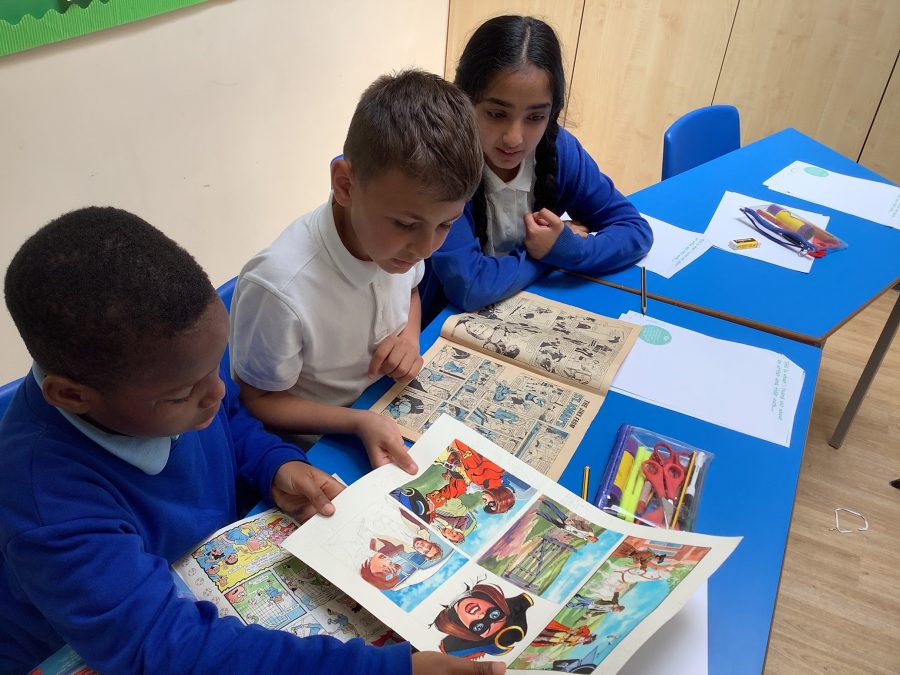 Students at Newport, supported by their teaching staff, worked for over seven weeks last term to complete their Arts Award Logbooks. They worked with Hartlepool artist Vicky Jackson to respond to challenges our oceans currently face. This began with an inspirational visit to the immersive exhibition at the Captain Cook Birthplace Museum called Bottled Ocean. This was especially exciting for some students because they had helped make some of the bottle pieces in the installation, the previous Autumn term. This was a chance to see how they contributed to the finished work and they were amazed by how many bottles had been used. 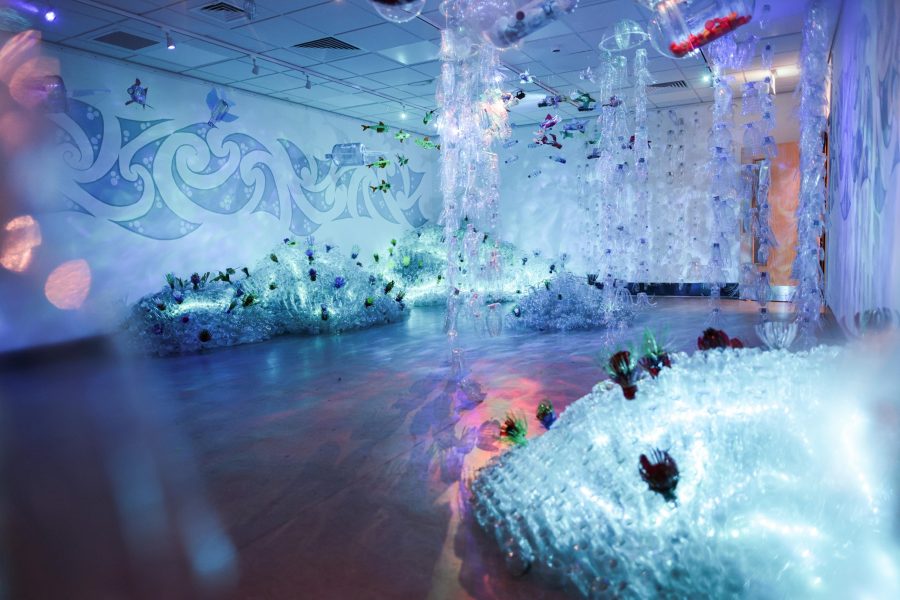 Tackling the crisis in the world’s oceans can only be done through superhuman effort, so they explored the idea of superheroes with superpowers. Students began to develop their character ideas and The Sea Avengers were born. 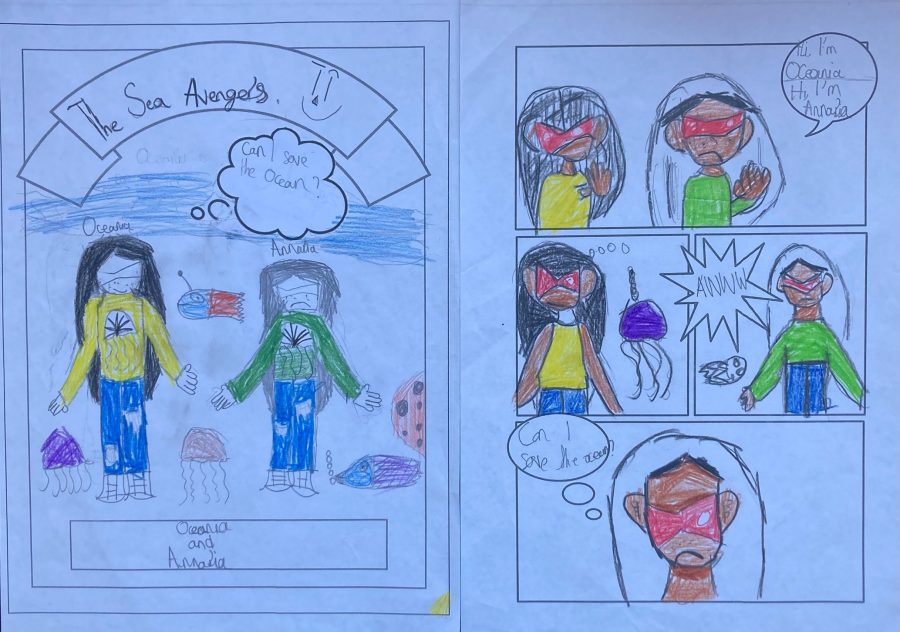 To achieve Arts Award at Explore Level, students need to learn about the work of creatives and what better way than to meet a second artist – this time a comic book artist, also from Hartlepool. Students were fascinated to hear about Keith Robson’s work in famous comics like the Beano and Dandy. Having studied his work, they were blown away to meet him in person. Their teacher felt they learned a lot of new skills in drawing characters – like positioning and measuring where the features should go on faces – something she has noticed some students continuing to do in their own drawings. 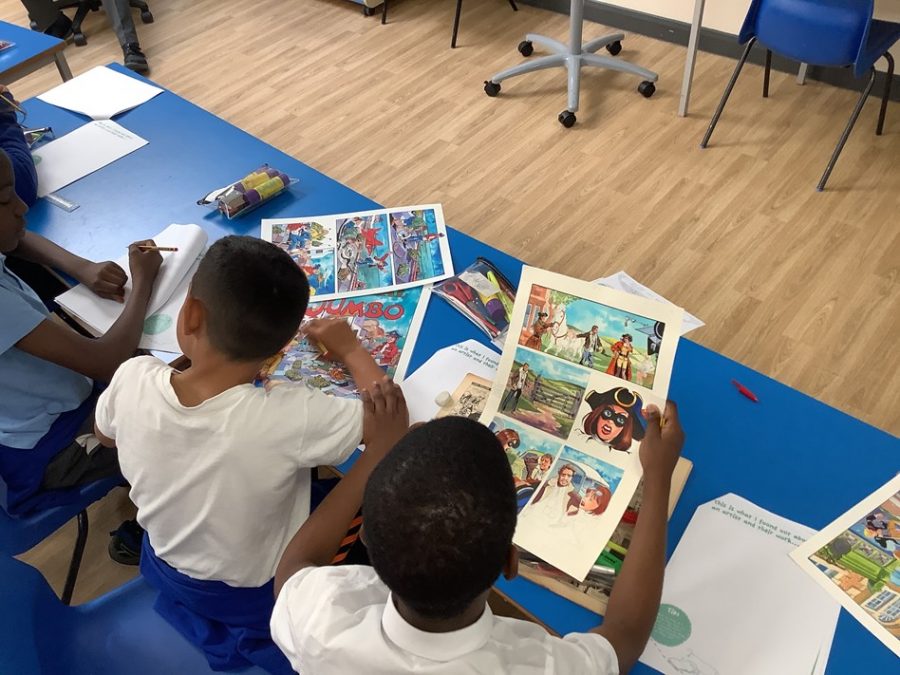 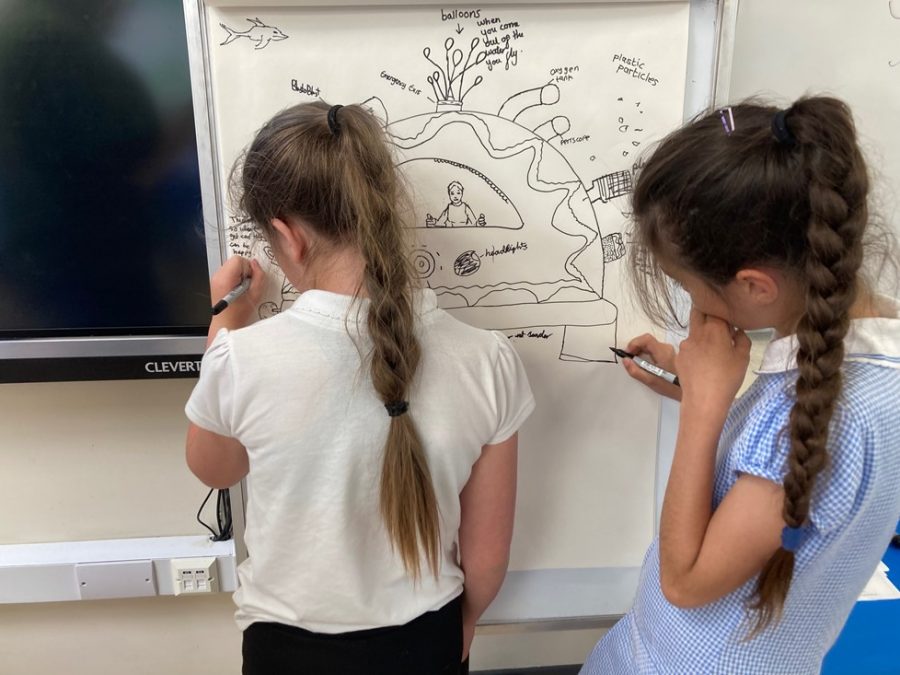 Whilst the climate crisis, super heroes and comic books might not be formally part of the national curriculum, creative projects like these can help students think about important issues, nurture their own creative ideas, build their skills and be an enjoyable part of learning. Hopefully enjoying such an exciting exhibition at one of their local museums, meeting artists from ‘just down the road’ and gaining an entry level arts qualification has also helped build their cultural capital. 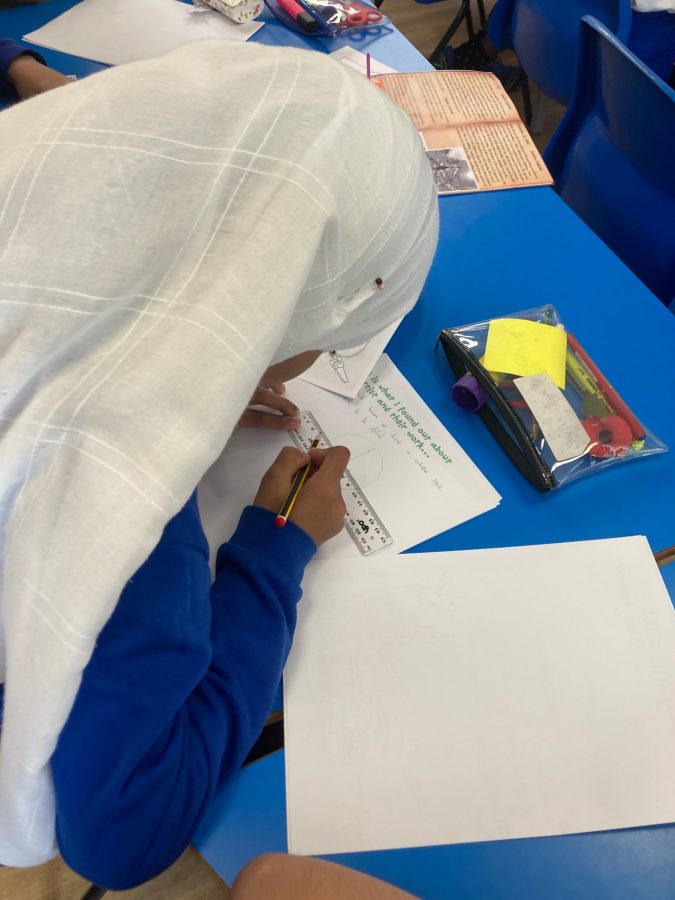 If you’d like to take students to the wonderful Bottled Ocean exhibition please contact the Captain Cook Birthplace Museum. If you’re interested in an Arts Award project talk to Middlesbrough Museum’s Learning and Engagement Officer, chloe_leeson@middlesbrough.gov.uk , or find out more the range of ways you can do Arts Award with any of the museums in the Tees Valley. 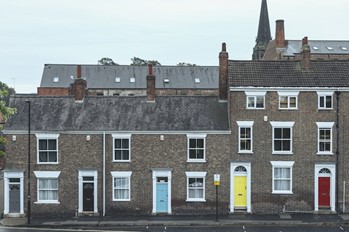 We are running two online twilight CPD sessions for Key Stage 1 and 2 teachers in January 2023. Join us for exciting ideas on how to explore the history on your school’s doorstep or come and get your creative writing juices flowing with Middlesbrough-based children’s author Gabrielle Kent. Or maybe do both – it’s FREE! 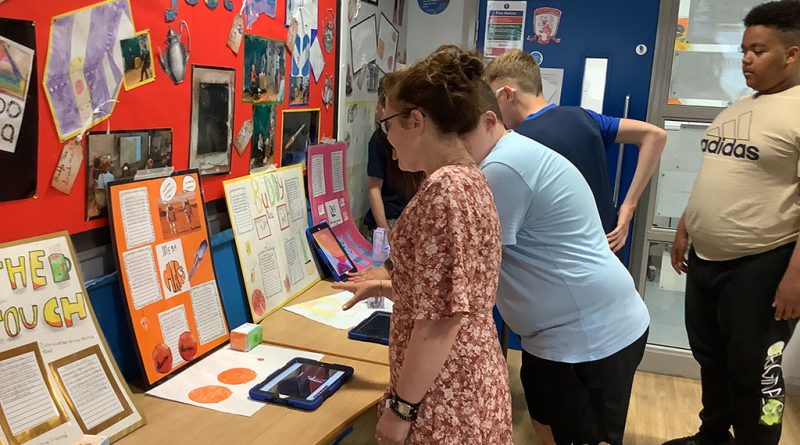 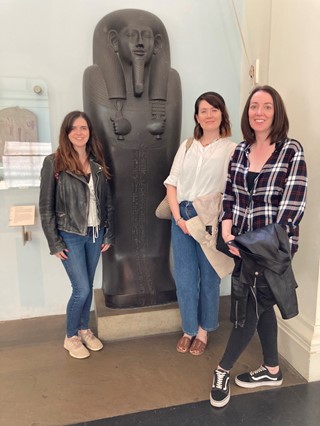 Tees Valley teachers in exciting project with the British Museum

Three primary teachers from the Tees Valley recently spent a day of their Easter holidays in London meeting curators at the British Museum where they were given an ‘access all areas’ tour of the amazing Ancient Egyptians collection. The visit was part of a fantastic project that St Joseph’s RC Primary and Billingham South Primary are working on with the Dorman Museum in Middlesbrough.

Find out more→
Back to all School News