The first public railway opened between Stockton and Darlington in 1825. Its success led to a network of railways around Britain, and soon people from all walks of life could afford to travel further than ever before. 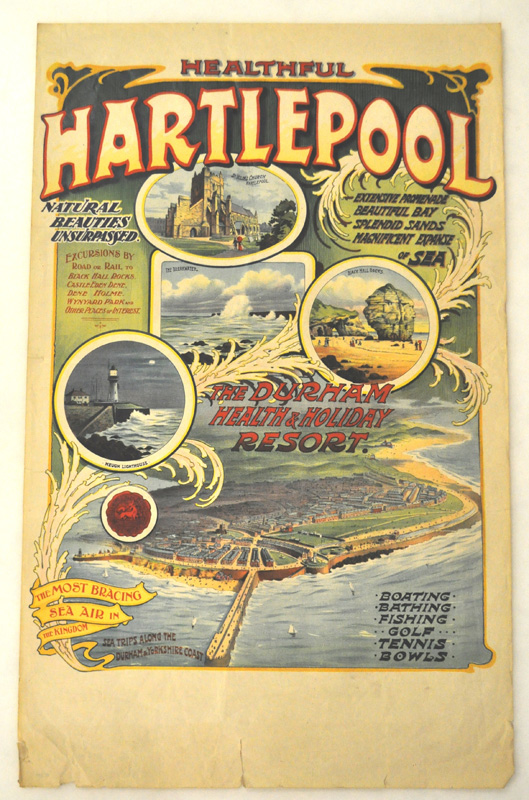 In the 1700s, the trade and shipping industry that made Hartlepool such an important port began to decline and it reverted back to its previous state as a fishing village. It was then that it began to appeal to the local wealthy families as a summer health resort and spa. People came to drink from the chalybeate spring and take picturesque walks through the (magnesium limestone) rock stacks and cavernous cliffs, especially the Elephant Rock (which crumbled to nothing in 1891).

In the 1700s and 1800s Seaton Carew became popular with wealthy Quaker families from Darlington, like the Pease family, attracted by the miles of golden sands and sea bathing. The coming of the railways in the later 1800s increased its popularity and the esplanade and trams along the seafront were built in the early 1900s.

Sea air has long been thought of as being good for your health; Old Hartlepool is surrounded by the sea on three sides and this poster boasts the ‘most bracing sea air in the Kingdom’.